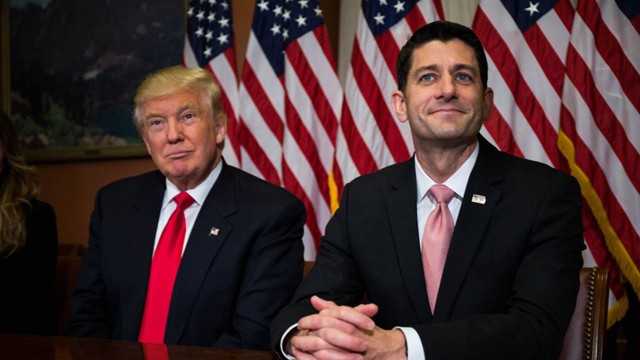 Gun Owners of America wants congressional Republicans to strip provisions related to gun ownership from the Obamacare replacement bill scheduled for a vote Thursday in the House.

“The bill needs to be amended to prohibit the ATF from trolling the national health database, or Medicaid, or any new entitlement program for persons with PTSD, Alzheimer’s, ADHD, or merely ‘anxiety,’” said Michael Hammond, legislative counsel for GOA, in an alert published Monday. “The Obama administration did that with Social Security, for the specific purpose of imposing a lifetime gun ban on millions of Americans. As it is, ‘Son of ObamaCare’ opens that possibility again — on a grand scale.”

“ObamaCare has given the federal government the ability to use (and abuse) medical data as a pretext for keeping law-abiding gun owners from possessing firearms — just as the feds have already done to more than 257,000 military veterans,” he said. “Unfortunately, Paul Ryan’s ‘Son of ObamaCare’ does not eliminate GOA’s concerns.”