The Yellowhammer State is not known for being a hotbed of anti-gun, radical leftist ideologies, but gun owners should be shocked by the recent statements of the Alabama Sheriffs Association’s Director, Robert Timmons. 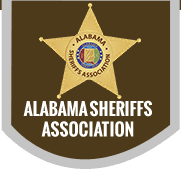 Timmons has recently doubled-down in his opposition to Constitutional Carry, and in doing so, he has revealed his revisionist views of the Second Amendment and the right to keep and bear arms.
For example, he supports a would-be amendment to the U.S. Constitution to limit firearm possession to within one’s home.

If such an amendment was adopted, gun ownership in the United States would be fundamentally transformed and seriously undermined.

Such a belief is a distant departure from the principles held by our Founding Fathers. Consider that Thomas Jefferson once wrote that a firearm should be one’s “constant companion.”

The Founding Fathers like Jefferson wanted American citizens to be able to protect themselves from not only a common criminal, but also a tyrannical government. Perhaps that’s why the drafters of the Bill of Rights included the term “bear” in the Second Amendment — arms not only for storage at home but carried out in public as well.

What Timmons fails to realize is the Second Amendment does not “give” the right to keep and bear arms, but it simply recognizes a God-given, pre-existing right. When a permit is required, however, one no longer has a right. They have a government-regulated privilege.

More and more states are embracing Constitutional Carry. Just last year, five states removed barriers to concealed carry, bringing the total number of states in the Constitutional Carry “Club” to twenty-one. Alabama’s Northern and Western neighbors, Tennessee and Mississippi, have already embraced permitless carry, while Florida and Georgia may soon join the Club as well. However, if the Alabama Sheriffs Association continues to get its way, Alabama may be the lone state in the southeast that requires permits, falling behind its neighbors.

States that have moved to Constitutional Carry have not experienced the concerns expressed by Timmons, such as his worry for “public safety.” Consider that Vermont and Maine allow Constitutional Carry, but those states are constantly rated as some of the safest states in the country.

The Yellowhammer State is generally a good place for gun owners, but it’s lagging behind the freedom welcomed by neighboring states. It’s time for Alabama to embrace the freedoms expressed by the Founding Fathers in the U.S. Constitution and become the twenty-second Constitutional Carry state.

Thank or Spank Your Senators, as our Rights Barely Survive Disaster