A Win for the Constitution, the Filibuster and Gun Rights

A Huge Win, But the Battle is Not Over!

Gun owners just scored a win for the Constitution, the filibuster and election security – which means a huge victory for gun rights!

Joe Biden and Kamala Harris failed to convince all 50 Senate Democrats to nuke the filibuster in order to wage war on America’s elections.

But the real credit goes to YOU.

Beginning in 2021 and up until the final vote was cast, Gun Owners of America mobilized our activists like you to bombard the Senate with letters and phone calls urging them to both SAVE THE FILIBUSTER and vote no on the deceptively named “Freedom to Vote Act.”

The Senate heard the wrath of the American people and fell in line.

But, the battle is not over…

Biden has declared that the 2022 elections could be “illegitimate” if his voter fraud bill is not passed.

With the White House continuing to issue threats to pass its voter fraud bill, we need to keep up the fight to protect the integrity of gun owners’ votes.

Please make a contribution to our 2A Protection Fund as the White House tries to force its voter fraud bill through the Senate, endangering the votes of gun owners everywhere. 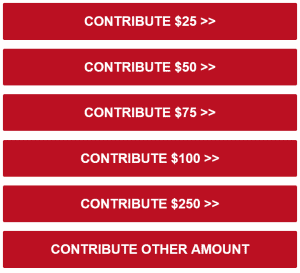 The deceptively named “Freedom to Vote Act” would end voter ID laws, enact “automatic” voter registration that could lead to the registration of illegal aliens, and federalize our elections.

This bill would invite so much fraud into our elections that gun owners would NEVER be able to win at the ballot box again.

Having been hit with an avalanche of regulations, fees, waiting periods, and outright bans, gun owners have been living like second-class citizens in parts of our country.

But now, anti-gunners want to go a step further and effectively take away your right to vote.

This bill would turn the levers of our elections over to federal bureaucrats who have a burning desire to abolish the Second Amendment.

Critical safeguards against voter fraud would be ELIMINATED, making the 2020 election look like the most secure election in history by comparison.

Destroying the filibuster and empowering voter fraud would result in a new avalanche of anti-gun initiatives:

That’s why the issue of election security is of great concern to Gun Owners of America.

It’s no coincidence that the most vocal anti-gunners are also the most ardent opponents of voter ID.

But with your help, we will continue to fight back against the White House’s tyrannical attempts to orchestrate a federal overhaul of our country’s elections.

So please, make a contribution to our 2A Protection Fund today.