Recently, the New York Post ran a single page with the name of every person killed in a mass shooting since 1964 when Charles Whitman began firing from the top of a clock tower at the University of Texas. 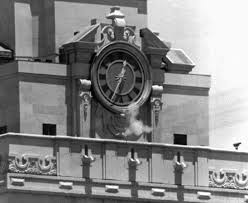 For most, they just looked at the page full of names in fairly small print and sat stunned. For some of us, we hunted the name or names of people we knew and remembered both the good times and the horror of learning they were gone.

Someone else did something different. They recognized something important.

The 30 year average for deaths by lightning strikes in the United States? 43 per year. That’s 2,236 deaths over the same time period.

If this is accurate, then your chances of being killed by lightning were greater than being killed in a mass shooting.

So, I did a little digging. Sure enough, the 30-year average for lightning fatalities is, indeed, 43 per year. That’s more than the number of people killed in mass shootings.

Now, does that mean we shouldn’t try and figure out how to stop them? Of course not. There’s something very wrong with people who do this sort of thing and with a society where such things happen, so of course we want to examine the issue and find solutions.

However, let’s not get stupid about it, either…

Cato found, post-Parkland, that the average number of people killed to be fairly low:

It seems more transparent to simply examine annual estimates from the graph. Adding a preliminary estimate of 17 deaths from Parkland to the Mother Jones list brings the total number of deaths up to 816 from 98 mass shootings between 1982 and early 2018 – or just 23 deaths per year.  That makes this sort of random mass shooting one of the rarest mortality risks imaginable. Falling or the flu are far more dangerous. Even when it comes to guns, 23 deaths a year pales next to the number of homicides by firearms in 2014 alone, which was 11,208 (69% of all homicides)  and the number of suicides by firearms, which was 21,386 (50% of all suicides).

Every time one of these random mass shootings occurs, journalists and legislators invariably seize on the tragedy to lecture about the need for artfully unspecificchanges in federal gun control laws. Of all the risks posed by guns or knives, however, random mass shootings are among the least likely.