If you haven’t done so already, register to vote and commit to voting “NO” on I-1639. And please consider getting at least five of your pro-gun friends or family to register/vote “NO” as well. Finally, join up with pro-gun patriots to help educate voters. (See the bottom of the alert for more info.)

I-1639 is Michael Bloomberg’s Wishlist 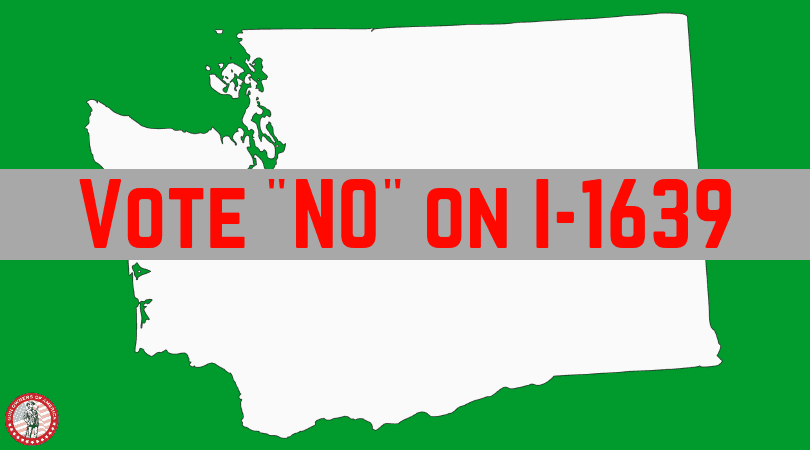 Do you remember how universal background checks/gun registries were marketed as the anti-gun panacea that would make Washington safe?

Well, the gun grabbers got their gun control in Washington state. And it hasn’t taken them but a couple years to use their fascist foot-in-the-door to come back for nastier anti-gun legislation.

It turns out that each step to destroy the Second Amendment is just a trick to open the door for more bills that will impose even greater restrictions.

The most recent effort to destroy the Second Amendment is being pushed by billionaire bullies Paul Allen, Steve Ballmer, and Michael Bloomberg — and is intended to make it illegal for “the little people” to defend themselves using guns.

Of course, Ballmer, Allen, and Bloomberg would still have their armed guards because, in their minds, they’re superior to you and need superior protection.

But if you kept a loaded gun in your nightstand for self-defense a right which is protected by the Second Amendment — and something goes wrong, you would go to prison for a long time as a felon. This abomination is Initiative 1639, which will be voted on in the November election.

This Initiative would also strip young American servicemen and women of their constitutional right to own a semi-automatic rifle.

Hence, they would return from patrolling the streets of war-torn countries with full automatics only to find that they were barred from owning AR-15’s — a right enjoyed by cowards like Ballmer, Allen, and Bloomberg who profited from their service, while stripping them of their rights.

Finally, Initiative-1639 would make it a lot more difficult for you to acquire these firearms — requiring government-prescribed training, enhanced background checks, and waiting periods.

If you were one of the 8% of Americans who are falsely flagged as positive by NICS, your purchase would never be approved.

How, you ask, could these billionaire cowards ever expect that the voters of Washington would approved such a fascist proposal?

The answer is that the sponsors misrepresented what the I-1639 would do. And the corrupt judges on the Washington Supreme Court held that they had no jurisdiction to prevent a fraudulently submitted ballot Initiative from going before the voters.

But the good news is that the Washington voters will have an opportunity to reject this abomination in November.

The anti-gun Left is counting on turning out record numbers of nut jobs and freaks in November’s elections, as a result of a non-stop campaign by the gun-hating media.

We must counter by ensuring that we, our families, and all our friends vote against this ballot initiative. So, if you have not registered to vote, please do so here. And then please commit to getting at least 5 of your pro-gun friends and family to register to vote as well.

In fact, patriots around the state are standing up. Adam Baldwin is organizing educational efforts to encourage efforts to stop I-1639. Please contact him via email at [email protected] or phone at 503-349-1564 or 360-944-0130 for more information on grassroots efforts.

We will have more information forthcoming, so please stay tuned!

PS: GOA is working at the state and federal levels to defend the Second Amendment without compromise. Would you consider chipping in $20, $30 or $50 to the fight?