The VA Governor is Lying About His Plans to Confiscate Guns

Tell Your Delegate and Senator to Vote NO on Gun Confiscation

The so-called “Assault Weapons” gun confiscation bill (HB 961) is still alive in the General Assembly, and only action from you and your friends can stop it.  Here is where we stand.

On November 6, the day after the election, Gov. Northam was asked if he supported confiscating assault weapons from gun owners. Here’s what he said: 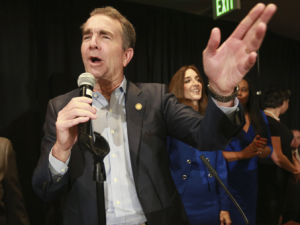 “That’s something I’m working [on] with our secretary of public safety,” he said. “I’ll work with the gun violence activists, and we’ll work [on] that. I don’t have a definitive plan today.”

He was not telling the truth.  Why?  Because in July, 2019, Governor Northam had asked Delegate Levine to introduce a gun confiscation bill.   Del. Levine complied.

In November, “Gov. Northam said he had no plans to confiscate guns … responding to what he called ‘misinformation’ spreading online.”

But then, on December 9, Northam’s spokeswoman, Alena Yarmosky, alluded to the coming gun confiscation when she said the “governor’s assault weapons ban will include a grandfather clause for individuals who already own assault weapons, with the requirement they register their weapons before the end of a designated grace period.”

Of course, what happens if you don’t register your guns by the “end of a designated grace period”?

If you answered that your banned guns will be confiscated, then you get to advance to the head of the class. Gee, aren’t you glad the Governor has decided on a compromise from his original position of confiscating guns right now?

The Governor’s “compromise” demands we pay him $50 to “register” each gun in order to keep them!  How gracious!  We all know registration is simply delayed confiscation — which is exactly what happened in New York City in the 1990s.

Gov. Northam and Del. Levine (who introduced HB 961) call their requirement a “grandfather clause.”  But a real grandfather clause is an exemption from a future law. Governor Northam’s bill has no such provision. And even if the Northam/Levine bill had a true grandfather clause, GOA would still be opposed to it because it infringes our rights protected by the Second Amendment.

Make no mistake:  Gun confiscation is undoubtedly the real goal of gun controllers like the Governor and Delegate Levine.

A Zogby poll of Democrat 2020 presidential primary voters conducted in December of 2019, found that 36% of Democrat primary voters favor “confiscation of legally owned firearms from American citizens that have not committed a crime.”  Chilling!

Democrat presidential candidates agree that our guns should be confiscated.

For example, former Democrat presidential candidate Robert “Beto” O’Rourke pretended his plan would not “confiscate” guns because the federal government would “buy them back.”  But if you did not buy your firearms from the Government, how is this a “buyback?”

Beto O’Rourke went on to say that for violators of the buyback “there would be a visit by law enforcement to recover that firearm and to make sure that it is purchased, bought back, so that it cannot be potentially used against somebody else.”

Politifact said (10/21/19) that O’Rourke’s approach is misleading, noting that, “As you game out scenarios … they all lead to something that most people would consider confiscation.  … We rate O’Rourke’s claim that he is ‘not talking about confiscating anybody’s guns’ as False.”

We rate the claim by Governor Northam and Delegate Levine that they are not in favor of confiscating firearms as completely FALSE.

Gun owners from across America are watching what happens in Virginia.  Our gun rights clearly are daily being eroded before our eyes by the anti-gun activists bolstered by the fake news media.  We must act!

Please use the pre-written email (above) to contact your delegate and state senator today! And please alert your family and friends to threats against the Second Amendment.