Randolph County has joined the ranks of local governments in North Carolina that support being a Second Amendment sanctuary. 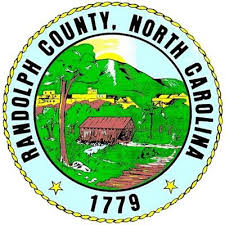 The county commissioners took up the issue Monday night before a capacity crowd at the Historic 1909 Courthouse, most in favor of the resolution provided by Sheriff Greg Seabolt and Commissioner Kenny Kidd. Many other supporters stood outside due to fire code restrictions…

Several North Carolina counties, including Davidson, have passed similar resolutions that uphold the right of citizens to bear arms.

The impetus, apparently, comes from the passage of several gun-control measures in the Virginia House of Delegates on Jan. 30, including universal background checks on gun sales, authority for local governments to enact gun laws and a “red flag” law that allows authorities to temporarily seize firearms from anyone deemed a threat…

Commission Chair Darrell Frye read the entire resolution, which was published in the Sunday issue of The Courier-Tribune.

“Now, therefore, be it resolved, the Randolph County Board of Commissioners, working with Sheriff Gregory J. Seabolt and the Randolph County Sheriff’s Office, within its powers, duties, and responsibilities, shall respect, protect, and defend the Second Amendment rights of the citizens of Randolph County and the Board shall oppose, within the limits of the Constitution of the United States and the State of North Carolina, any efforts to unconstitutionally restrict such rights, and to use such constitutional means at its disposal to protect the rights of its citizens to keep and bear arms.”..

(Jordan) Stein, communications director for Gun Owners of America, mentioned the “radical anti-gunners that have power in Virginia want to pass gun laws. It could happen here. Local authorities must use their authority to protect our rights. … Passing the resolution sends the message that anti-gun laws are not welcome here.”

Read more at The Courier Tribune

The VA Governor is Lying About His Plans to Confiscate Guns