Underestimating the Vision of the Founders 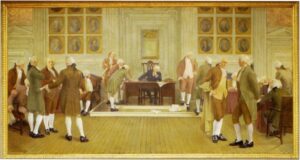 Many in the Anti-Liberty movement are quick to promote a false narrative that “The Founding Fathers” could not have envisioned the firepower of modern sporting arms and defensive tools. They lived in a world of flint and steel and could not imagine a world where regular Citizens would have access to direct impingement gas operated or piston driven mechanically operated firearms (you would be hard pressed to find a garden-variety ANTI that could describe them that accurately…).

The Founding Fathers were men of vision and imagination. They fought for and created a Country and System of Government that was revolutionary and had NEVER been done before. To say that the Founders could not envision advancements in technology is reasonably dis-respectful in my opinion. Heck, two of the Founding Fathers, Ben Franklin and Thomas Jefferson, were accomplished inventors; many others were doctors, designers, and engineers. They were not simply “Politicians”. They created technologies as well as our Constitutional Republic. 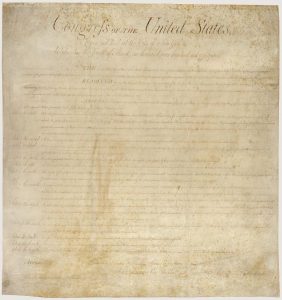 The Bill of Rights was ratified by all of the States in 1789. This document is a contract between “The People” (normal everyday Law Abiding Citizens) and “The Government”. In 1789 The Founding Fathers” and “The People” recognized that the potential for Government to become a tyrannical, oppressive institution did truly exist. By explicitly documenting the freedoms of “The People”; stating that each of these Rights can not be violated or infringed, “The People” would always be the “4th Check and Balance” to the Government. Now that is some REAL vision, imagination, and foresight!

Now let us beg the question and ask, was the Bill of Rights meant to guarantee the Rights of “The People” as technology advances and society evolves? Lets look at a list of technology, organizations, and personal property. These items, when used for law-abiding pursuit of happiness, are protected by the Bill of Rights. Most reasonable educated Citizens would agree with me.

In 1789 these religious groups did not exist. Whether you agree with their philosophy and teachings or not, they are ALL protected by the Bill of Rights:

Bill of Rights: Amendment I

Congress shall make no law respecting an establishment of religion, or prohibiting the free exercise thereof; or abridging the freedom of speech, or of the press; or the right of the people peaceably to assemble, and to petition the Government for a redress of grievances.

In 1789 these technologies did not exist, but the Bill of Rights does protect our individual use of these items to aid us as we speak freely, express ourselves artistically, pursue happiness, worship, share ideas, peaceably assemble, and petition the Government for a redress of grievances. Our right to own these tools as private property is also guaranteed in The Bill of Rights.

The right of the people to be secure in their persons, houses, papers, and effects, against unreasonable searches and seizures, shall not be violated, and no Warrants shall issue, but upon probable cause, supported by Oath or affirmation, and particularly describing the place to be searched, and the persons or things to be seized. 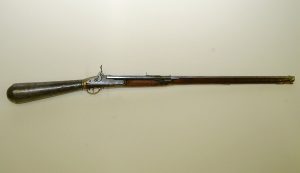 No person shall be held to answer for a capital, or otherwise infamous crime, unless on a presentment or indictment of a Grand Jury, except in cases arising in the land or naval forces, or in the Militia, when in actual service in time of War or public danger; nor shall any person be subject for the same offence to be twice put in jeopardy of life or limb; nor shall be compelled in any criminal case to be a witness against himself, nor be deprived of life, liberty, or property, without due process of law; nor shall private property be taken for public use, without just compensation.

In 1789 these tools did not exist, but the Bill of Rights protects our ownership of them as private property and use of them to defend ourselves, and our country.

The Founding Fathers not only envisioned advancements in firearm technology, they counted on it. They were no doubt aware of advance technology that existed while they were writing the Constitution and Bill of Rights. Look up the Girandoni 46 caliber 20 round repeating Rifle (1780) and you will see one of many examples advanced “gun” technology of the day. 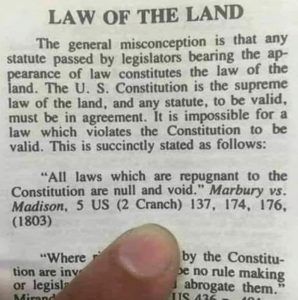 A well regulated Militia, being necessary to the security of a free State, the right of the people to keep and bear Arms, shall not be infringed.

The Founding Fathers were visionaries and so were “The People” of the day. They ALL knew that Government has the potential to get out of control. They recognized that a Government unchecked by the People would most certainly turn towards the side of tyranny.

So here we are today……. We have a Government that has been left unchecked for many years. We have a Citizenry whose Liberties are constantly under attack from the Elected Officials who are in Government. We see the Rights and Liberties of Law Abiding Citizens compromised, limited, and restricted all across the Country on a daily basis.

It is time that Law Abiding Citizens recognize that we ARE FREE. The Constitution and Bill of Rights guarantee this and the Court has upheld that “unconstitutional laws” are not valid. 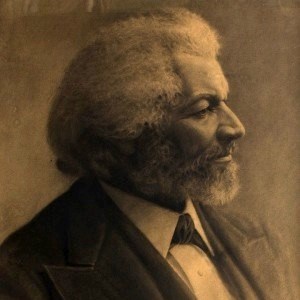 “We The People” are the 4th “check and balance”. It is our duty as Citizens to educate our Elected Officials and hold them accountable when they violate the law of the land. That being The Constitution and The Bill of Rights.

“…the ultimate authority, wherever the derivative may be found, resides in the people alone..”
James Madison
Federalist Paper #46

“the liberties of the American people were dependent upon the ballot-box, the jury-box, and the cartridge-box; that without these no class of people could live and flourish in this country…”
Frederick Douglass (1892)

When politicians openly violate the Rights of Law-Abiding Citizens and act as if they are above the law, “We The People” must not tolerate it. 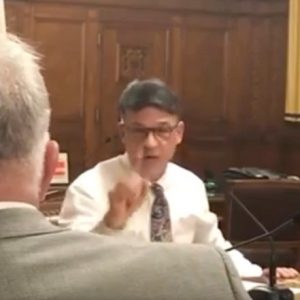 The erosion of one Right is an attack on them all. “We The People”, the law-abiding citizens of the United States, stand together in our cause. We are steadfast and resolute.

It is time for elected officials to stop attacking the rights of law-abiding citizens. The restriction, limitation, or destruction of Liberty is NEVER the answer.

Oppose all legislation, regulations, executive orders or rulings that undermine the rights given by God and guaranteed by the Constitution of The United States and Bill of Rights.

“We The People” are watching!

Klint Macro is a GOA Life Member, the President of the Allegheny County Sportsmen’s League, and a Board Member of Firearms Owners Against Crime in Pennsylvania.