Are Senate Republicans serious about reciprocity?

Please click on the Take Action button and urge Senator John Cornyn to offer his concealed carry reciprocity language (S. 446) to a must-pass bill before the Senate adjourns. You can also call him at 202-224-2934.

Are Senate Republicans Serious About Reciprocity — or Not? 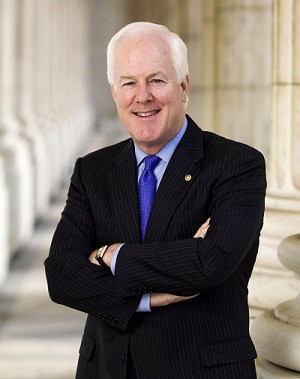 Not only did the Senate refuse to take up these bills, it tacked a nasty gun control measure — Fix NICS — onto the must-pass spending bill in March.

So the session is about to end. Democrat control of the House will try to block pro-gun legislation for the next two years.

And the Senate is right now considering whether to take up a “sentencing” bill which the Democrats very much want.

Hence, the question is: Are Senate Republicans serious about reciprocity — or is this just like “Lucy and the football” — a “tease” perennially held out to gun owners by senators who had no intention of moving it?

In the Senate, the sponsor of reciprocity legislation is your Senator John Cornyn.

And while GOA worked with him to get 40 cosponsors, there are roughly 59 sitting senators have cosponsored, supported, or voted in favor of this bill at some time during the past six years.

Our legislative counsel noted in his recent article that the “sentencing” bill, which could add thousands of anti-gun “blue” voters to the rolls, is a bill the Democrats very much want. And it may be the last train leaving the station this year.

So we are asking Senator Cornyn to add the reciprocity bill as an amendment to the “sentencing bill” if and when it is considered by the Senate.

All Sen. Cornyn has to do is offer the amendment — and it will put the anti-gun Democrats into a predicament: accept reciprocity OR give up on a bill that would provide thousands of anti-gun “blue” voters.

We are asking Texans to contact Cornyn and ask him to make this move.

So please email Senator John Cornyn — or call him at 202-224-2934 — and urge him to offer his concealed carry reciprocity bill (S. 446) to a must-pass bill before the Senate adjourns.

P.S. There’s not much time — please contact Sen. John Cornyn today. And don’t forget that you can join Gun Owners of America today for $25 — and this will double your contribution because of our matching fund!