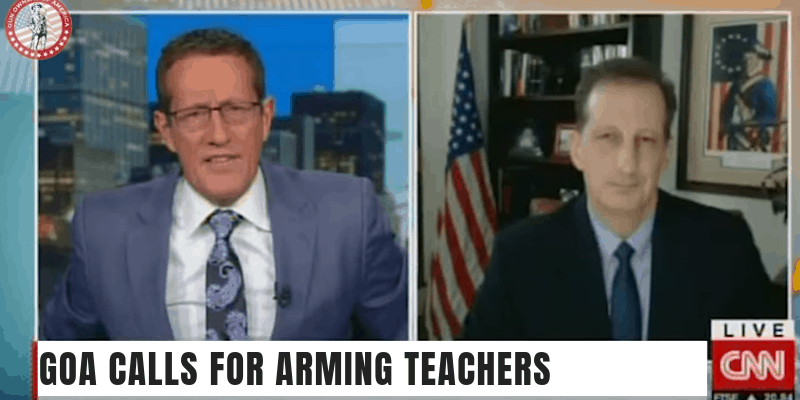 After the tragic Parkland shooting, many on the Right “caved” to support gun control, but not Gun Owners of America. As a response, GOA called for an end to gun-free zones and for the elimination of legal barriers to carrying a firearm. Pictured here is GOA’s Erich Pratt (right) debating CNN’s Richard Quest in a “rematch” interview. One viewer said as a response to the interview, “[Erich] took this fool to fact school! Nice job GOA, that’s why I now have a membership!” 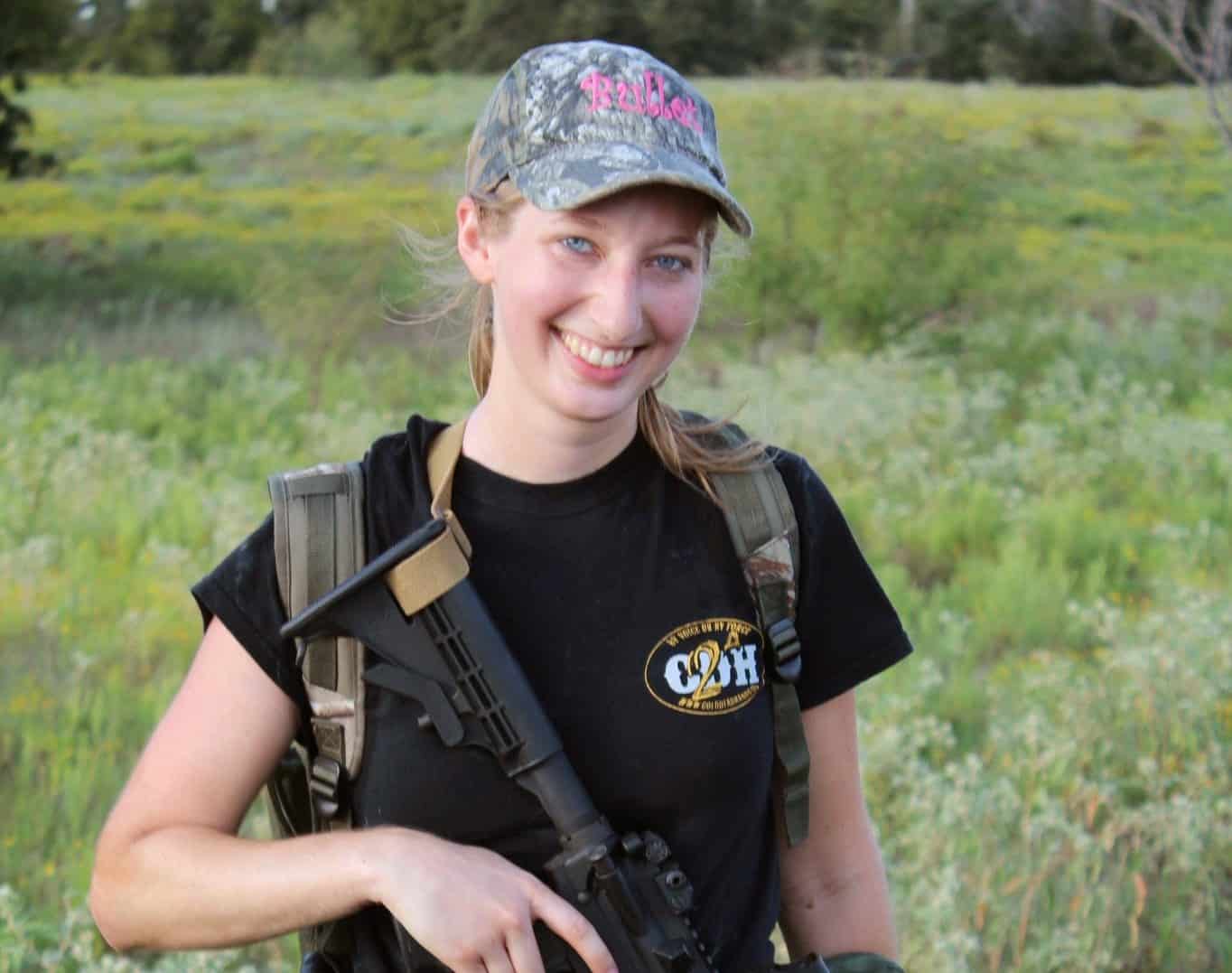 GOA’s Texas State Director, Rachel Malone, has an extensive background in grassroots activism and is using those skills to protect the right to keep and bear arms in Texas. Rachel has already won tough battles, such as defeating proposals for red flag laws and overturning unlawful gun-free zones. She was recognized for her efforts by receiving multiple awards such as the “Grassroots Activist of the Year” and “Champion of Freedom” from national conservative organizations. Rachel is also a firearm instructor and enjoys the occasional “run-n-gun.” 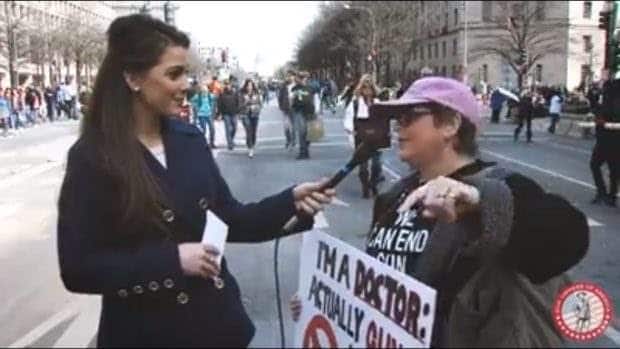 GOA took the streets at the anti-gun “March for Our Lives” demonstration in Washington, DC. GOA interviewed many protestors and revealed that they foolishly did not know what they were protesting for. The video took off in popularity, with almost 3 million views. Alternatively, GOA representatives also spoke at various pro-gun rallies and events across the country, including Idaho, Alabama, Georgia, Illinois, Iowa, Pennsylvania and more. Pictured here is a GOA interviewer Brittany Gesin (left) and a protestor at the March for Our Lives. 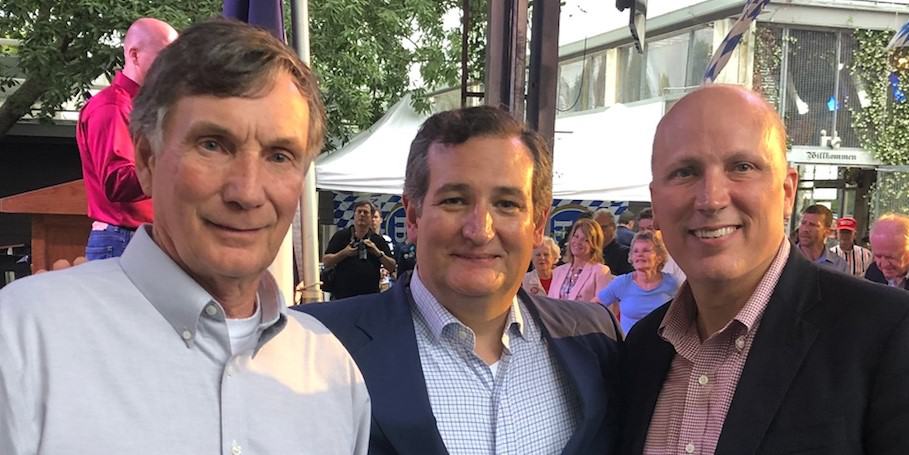 GOA released a hard-hitting Congressional Scorecard and slate of endorsements ahead of the 2018 midterm elections. The Scorecard didn’t sugarcoat anyone’s record, giving gun owners a valuable resource when going to the polls. Pictured here, from left-to-right, is GOA’s Tim Macy with two pro-gun legislators from Texas — Senator Ted Cruz and Rep-elect Chip Roy.

Outreaching to the Firearms Community

GOA is proud to work influencers in the firearms community such as the Military Arms Channel, IraqVeteran8888 and many others. Not only are they patriots for the Second Amendment, they provide valuable content on firearms and firearm accessories. Pictured here is GOA’s Erich Pratt (left) with Eric of the IraqVeteran8888 channel at his range day in Georgia. 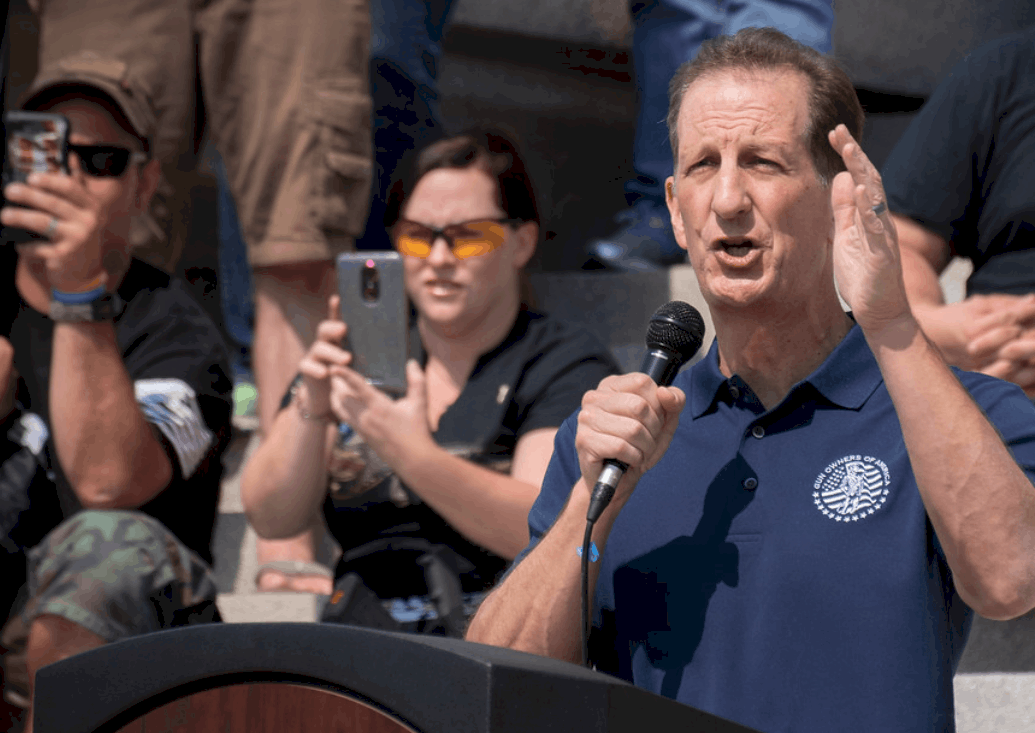 GOA took strong action to snuff out Gun Confiscation Orders (GCOs) around the country this year. These bills, also known as “red flag” laws, allow for gun confiscation without Due Process or without a conviction of wrongdoing. From penning USA Today articles … to posting online videos and interviews in opposition to GCOs … to rallying the grassroots across the country, GOA members were able to stall or defeat these bills in at least a dozen states. Pictured here is Erich Pratt speaking against GCO’s in Idaho.

Educating the Future on the Second Amendment

GOA representatives spoke to many college campuses and high schools around the country this year, educating students on their Second Amendment rights. Professors often exclude or even distort the Second Amendment in their courses, so it’s vital that millennials are taught the founding principles enshrined in the Constitution. GOA spokesmen visited campuses in Florida, Ohio, North Carolina, Texas, and more — sometimes being met with protest. Pictured here is GOA’s Jordan Stein speaking at Liberty University at an event hosted by Students at Liberty for Gun Rights. 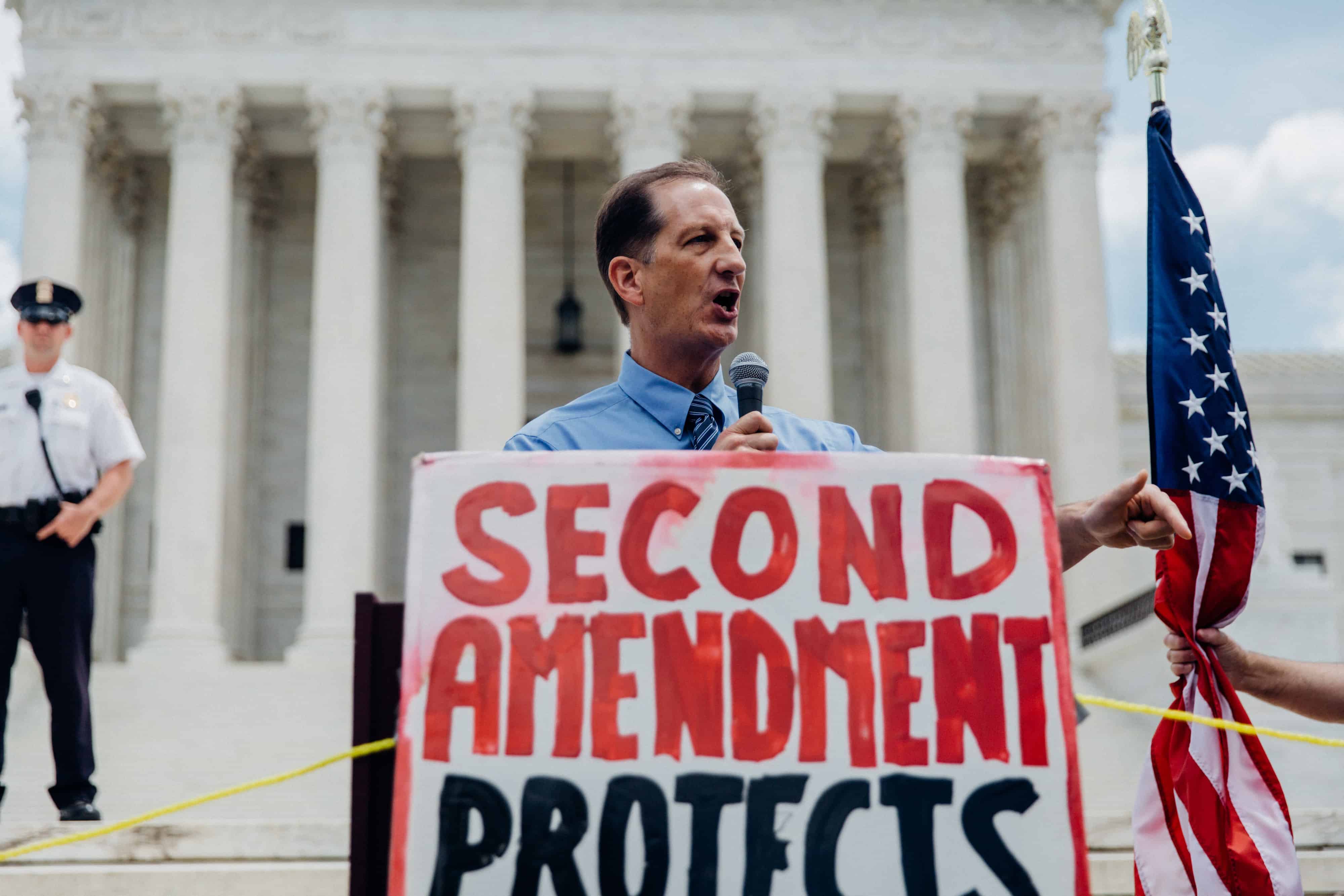 GOA submitted an amicus brief before the Supreme Court in NYSRP v. NY City. In the brief, GOA argues that the clear text of the Second Amendment should guide our nation’s judges, and that they cannot impose their own revisionist view of our rights. While this case pertains to the Big Apple, a victory will have positive consequences around the country. Pictured here is GOA’s Erich Pratt speaking on gun rights cases on the steps of the Supreme Court in June. 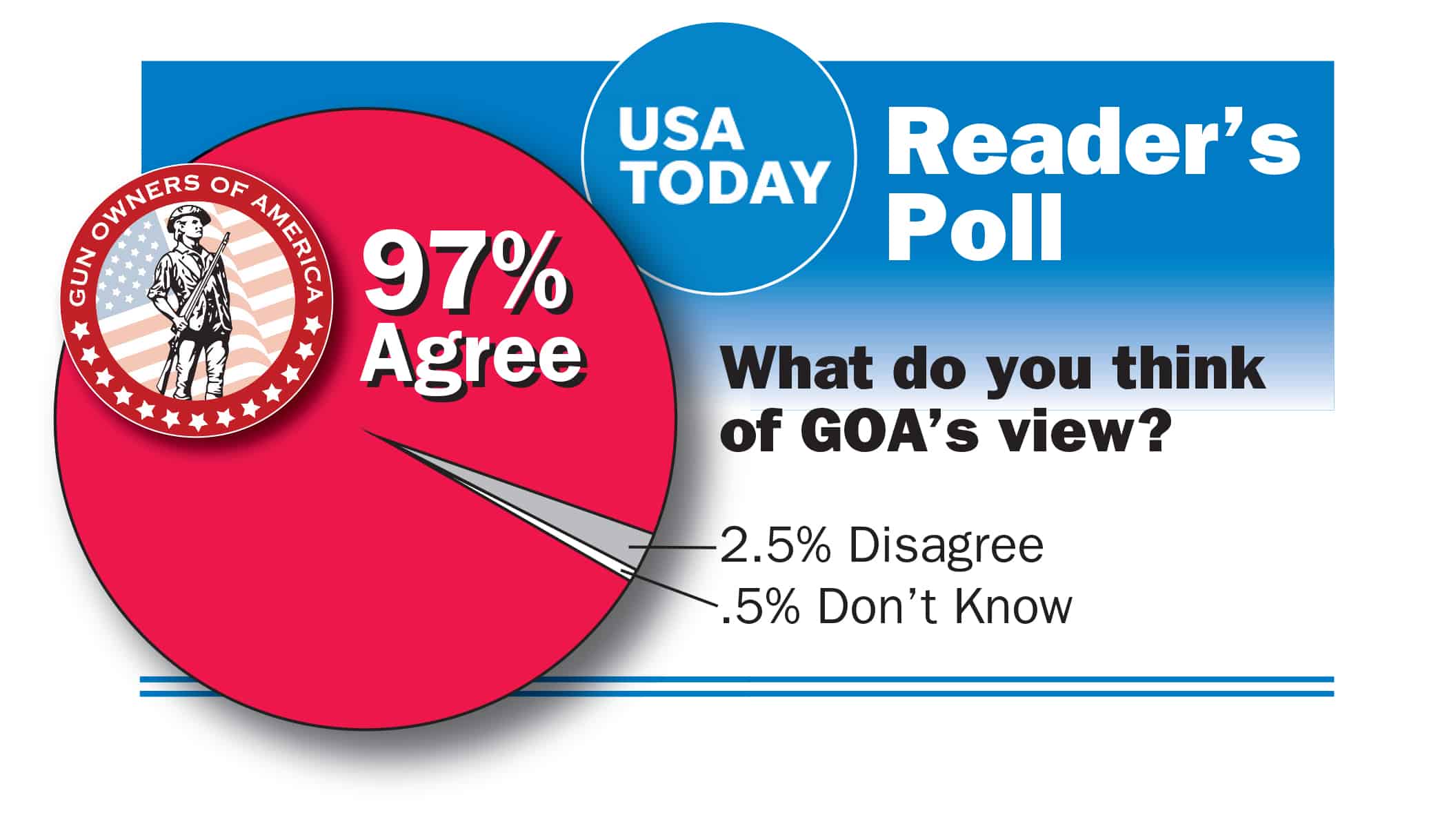 Defending “Shall not be Infringed” in the 2A

GOA opposes every gun control law on the books — including background checks such as the National Instant Checks System (NICS). GOA’s Erich Pratt penned an article in USA Today’s “Opposing View” column, exposing the flaws of the NICS and why it would be repealed. Readers can view Pratt’s article, which was supported by 97 percent of USA Today’s readers. 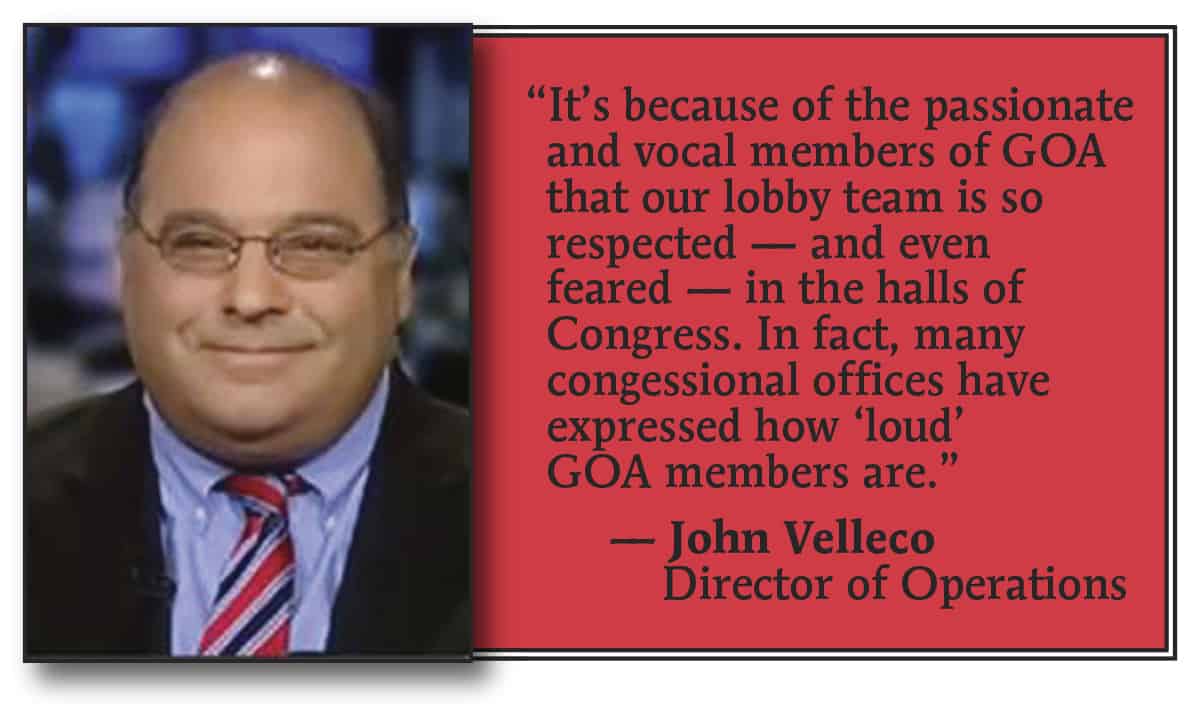 THE No Compromise Gun Lobby

For over 43 years, GOA and its members have defended the Second Amendment without compromise. And this unwavering approach has been noticed on Capitol Hill and by the media. As stated by the liberal Daily Beast this year: “In the days after [the Florida school shooting] the group Gun Owners of America did what it often does … it refused to give an inch.” (March 1, 2018)