The Battle is Raging on Capitol Hill

We Can Win This!

In case you missed the earlier news, GOA activists have sent more than THREE MILLION messages to Capitol Hill and the White House.

GOA’s grassroots have definitely risen to the challenge! 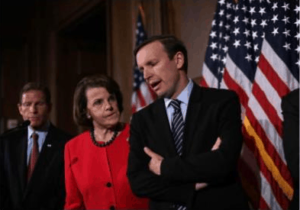 Despite all the media hype that you’re hearing in favor of 2A restrictions, Democrats are VERY worried that their gun control proposals will not pass.

Anti-gun Senator Chris Murphy of Connecticut said he “puts the chances of a deal on expanding background checks at less than 50-50, because of pressure from the gun lobby.”

And a high-ranking Senate office told GOA that the anti-gun Left’s push for gun control would “already be a done deal” were it not for the loud response from GOA’s activists.

So if you didn’t send our recent pre-written letter, please Take Action here.

It’s imperative that we continue deluging House Republicans in opposition to the three gun control bills that passed out of Judiciary Committee this week.

Your voice in Washington is desperately needed right now.

Check Out What GOA is Doing in Defense of 2A!

While GOA’s grassroots have been pounding Congress, GOA spokesmen have been blanketing the airwaves in defense of our rights.

Here are just some of the recent postings that you can view: 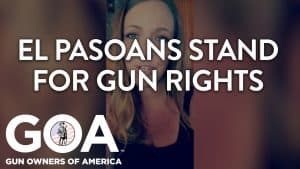 2) GOA also sent Representatives and Senators several “shots across the bow” during the past month. In a series of letters — seen here, here and here — GOA warned congressmen that gun control is a political loser that will cost them greatly on Election Day.

3) On the airwaves, I joined News Talk 995 to discuss Walmart’s anti-gun moves that restrict firearm freedoms.

I joined IraqVeteran8888 to discuss legislation in Congress and to explore the current state of Second Amendment.

And I engaged in a “free for all” with gun rights activist Antonia Okafor — discussing everything from my journey to becoming a 2A-activist to explaining the strategy for defeating gun control legislation in Congress.

4) GOA’s Rachel Malone blasted Texas Gov. Greg Abbott’s executive actions on gun control on KTRH. And she slammed “red flag” gun grabs in an editorial that was published by The Truth About Guns.

5) Finally, writing in the Daily Caller, GOA’s John Velleco explains how two of the chief pillars of liberty are the Second Amendment and due process of law — and yet in one sweeping move, red flag gun confiscation orders will destroy both of these foundational protections.

Again, please make sure that you Take Action here. And I hope you enjoy seeing all that your GOA has been doing!