Gun Control is a Political Loser

The following letter was sent to members of Congress on August 29, 2019.

In 1992, President George H.W. Bush lost his election after breaking his “Read My Lips” promise on taxes.

Even so, Bush still might have survived that broken promise if he had not broken his promises to gun owners.  Bush lost eleven states that he had won in 1988 — states where the gun issue played a HUGE ROLE in getting him elected. 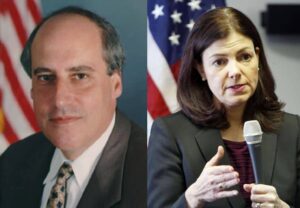 And this all goes to show that supporting gun control is a political loser.

Consider what former Rep. Dan Glickman had to say recently when discussing how surprised he was to see the voters’ anger over passage of the semi-auto ban in 1994:

I had been in Congress for 18 years by [1994]…. Not only did I think I was in good standing with my voters, I thought that my seat in Congress was about as safe as you can get. I did not fully appreciate the intensity of feeling against the federal assault weapons ban by many gun owners and law-abiding citizens in my district. I lost my seat that fall.

For the most part, Democrat politicians have been the recipients of pro-gun voters’ wrath. But if anyone thinks that support for gun control only stings anti-gun liberals, they would be mistaken.

Republican Senator Kelly Ayotte of New Hampshire lost by roughly a thousand votes in 2016. But it was her gun control betrayal that cost Ayotte greatly with key gun rights leaders and gun owners in the state.

It only takes a small percentage of the base to stay home. Or to say, “I’m voting for a Third Party.” Either decision can have disastrous consequences for those who support gun control.

Mass Killings with Weapons Other Than Guns