The following letter was sent to members of Congress on September 3, 2019.

Rush Limbaugh rarely spends time talking about firearms, and yet he has been sounding the alarm — trying to warn Republicans — that if they support gun control in September, they might be making the same “Read My Lips” mistake that George H.W. Bush made

Limbaugh said that, George Bush “never recovered from [his broken promise on taxes] and it’s probably one of the key reasons he did not get reelected in 1992. Same kind of potential pitfall is out there again awaiting Trump [on gun control].” 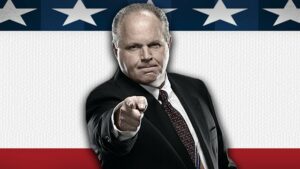 I picked up that theme when I went on Fox News in August.

Rush Limbaugh has stated Republicans could be making a huge “Read My Lips” mistake if they support gun control.

Not only that, I gave multiple examples of how support for gun control resulted in mass firings on Election Day.

I mentioned Bill Clinton, who lamented several times that Democrats lost their majority in the Congress because several dozen Democrat legislators were defeated as a result of their support for the Brady bill and the so-called Assault Weapons ban.

This is critical because leading up to the passage of the semi-auto ban, Democrats touted polling which indicated that Americans supposedly favored a ban — similar to how we are hearing certain polls saying that Republicans support Red Flag laws.

If Republicans listen to these polls, they do so at their own peril — just like Democrats did in 1994 … and just like Kelly Ayotte did in 2016.

Rush gets it. The GOP base gets it. Do Republicans on Capitol Hill get it?

It only takes a small percentage of the base to stay home. Or to say, “I’m voting for a Third Party.” Either decision will have disastrous consequences for Republicans like Ayotte who support gun control.