COVID-19 social distancing mandates in North Carolina have ignited a debate over whether the right to bear arms is essential during a public health crisis. 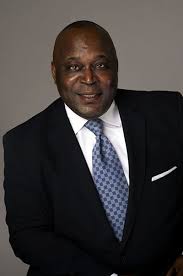 An increase in gun-permit applications in North Carolina indicates a rise in the demand for guns amid the COVID-19 outbreak. Gov. Roy Cooper’s stay-at-home order did not specifically close gun stores, but some local orders have limited gun sales.

Gun rights and freedom advocates argue those orders violate Second Amendment rights and state law, and are in conflict with federal recommendations.

North Carolina law requires residents to obtain either a pistol-purchase permit or concealed handgun permit to buy a handgun. The permits are issued at the county level by local sheriff’s offices…

Wake County Sheriff Gerald Baker was forced to reverse his decision to suspend processing licenses after a resident and gun-rights groups filed a lawsuit opposing his directive.

The U.S. District Court for the Eastern District of North Carolina ruled the sheriff’s office is required to continue to process permit requests under state law. New requests were not included in that order…

Gun-rights advocacy groups, Grass Roots North Carolina and Gun Owners of America, have threatened to sue local governments that have restricted gun purchases through official orders. Wake County rolled back its order after receiving a cease-and-desist letter from the groups. Durham County Mayor Steve Schewel told the News & Observer he was unaware of the letter, which was sent out by the groups Monday.

After receiving a letter from the gun advocacy groups, Greensboro Mayor Nancy Vaughan said she misspoke during an interview when she said gun stores were closed under her citywide order.

“I did a TV interview yesterday, and I said that gun stores were not covered. That they were not essential,” Vaughan said during a council meeting on Monday. “I was wrong.”

Vaughan also admitted there was confusion over whether a local or state stay-at-home order took precedent.

A proclamation issued for Guilford County, where Greensboro is located, said “firearm and ammunition suppliers and retailers” may remain open for “purposes of safety and security.”