Jeff Landry Stands Up For Your 2A Rights Against Big Banks

Please click on the Take Action button to thank AG Jeff Landry for standing firm on the right to keep and bear arms! 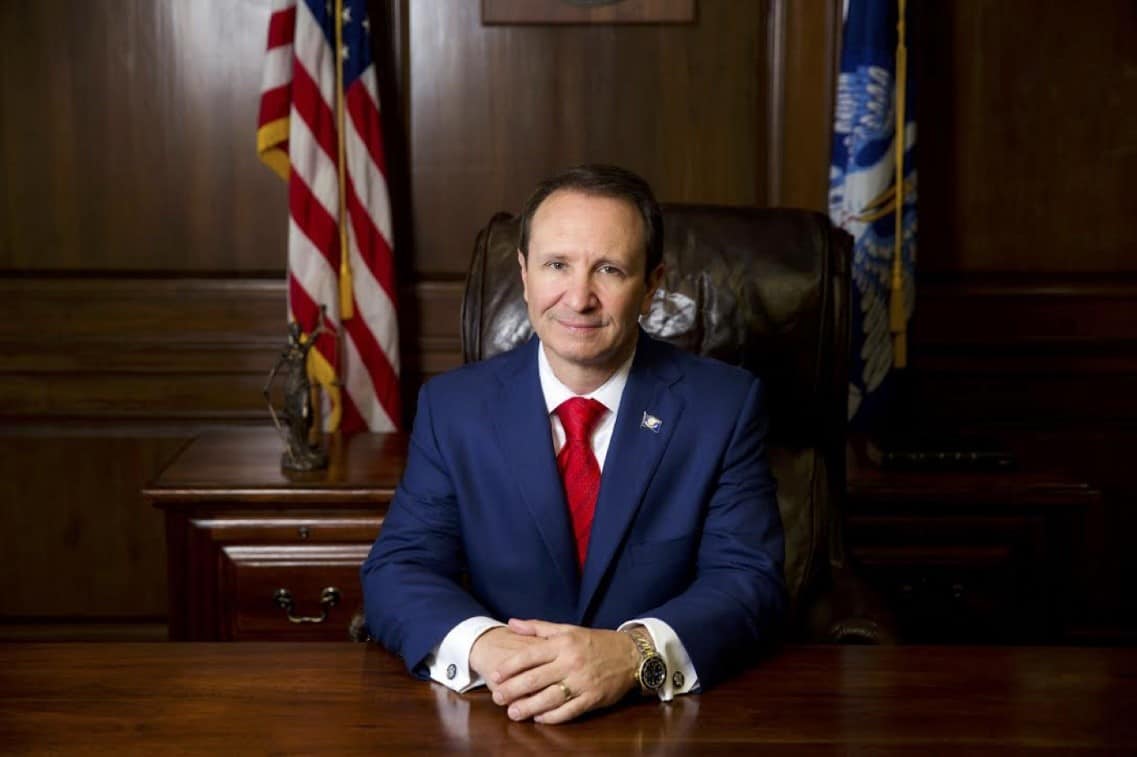 Louisiana Attorney General Jeff Landry struck a major blow to the anti-gun movement when he blocked Citibank and Bank of America from underwriting a $600 million road financing plan in Louisiana.

Egged on by fascist Governor Andrew Cuomo of New York, these two banks have taken a lead in anti-gun activism — cheered on by gun-grabbers and Leftist media pundits.

Citibanks’s new gun control regulations prohibit businesses that have a relationship with the bank from selling “high capacity” magazines. Citibank has also forbidden bank customers from selling long guns to 18-20-year-olds. This, despite the fact that young people in this group honorably serve our country in the military with fully automatic firearms.

This anti-gun movement is being spearheaded by major financial institutions that want to impose Leftist anti-gun policies — and eventually starve gun dealers and manufacturers, and advocacy groups like GOA.

Barack Obama led the way with his “Operation Chokepoint,” which was intended to literally choke the life out of the Second Amendment by denying bank loans and credit card processing to gun dealers.

Congress blocked funding for that program, but now the major banks have taken up the anti-gun initiative on their own.

Attorney General Landry told Fox News that the banks could not expect to come into Louisiana and “become the social police and infect Louisiana with these types of policies [restricting] our citizens’ ability to legally purchase firearms.”

When pressed on how the state would get the funding, Mr. Landry pointed out that seventeen other banks applied to be underwriters for the project.

“We’re just telling Citibank and Bank of America, if you want to get into our gun vaults, stay out of our state.”

Gun Owners of America applauds General Landry for standing up for the Second Amendment and not giving giant corporations a foothold to alter firearms policy in Louisiana.

I hope you will take just a minute to thank Greg Landry as well. Usually, we’re urging politicians NOT to restrict our gun rights. But it’s also important to thank the ones who do the right thing.

So please go here to thank Attorney General Landry for standing up for your Second Amendment rights.

Thank you for contacting Jeff Landry. Our gun rights are under attack like never before, and we need to encourage those who are taking firm positions in support of our constitutional rights.

P.S. Attorney General Jeff Landry is looking out for the gun rights of all Louisianans. You can go here to send Mr. Landry a note thanking him for his latest actions, using a prewritten message.

P.P.S GOA is battling for the Second Amendment in Louisiana and across the country. Would you consider joining with us in the fight?

Urge Your State Officials to Stand Up to Anti-Gun Banks!