This is How You Deal with Gun Grabbers …

One City Councilman Gears Up to Tell Attorney General Bob Ferguson: ‘You Can Kick My Brass’

Click on the Take Action button to encourage your state Representative and Senator to oppose Attorney General Bob Ferguson’s ban on commonly owned semi-automatics — and urge your local officials to declare your locality a pro-gun Sanctuary City.

No doubt, you’ve heard the news.

Washington Attorney General Bob Ferguson has announced the he will ask the legislature to ban commonly owned semi-automatics — a dramatic reenactment of federal legislation which was so ineffectual it was allowed to expire.

The federal ban on so-called “assault weapons” had NO IMPACT upon crime whatsoever. 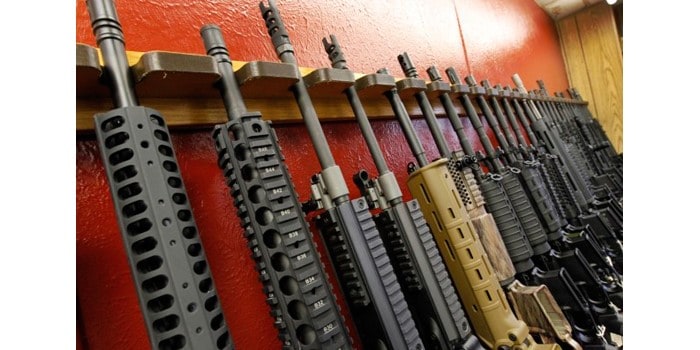 In fact, in the first 10 years after the ban expired, the national murder rate dropped 18 percent.

So even though the once-banned guns are now legal again — Americans are much safer. How do the anti-gunners explain that?

The fact is, they can’t. But that’s not stopping them from continuing their war on gun owners.

And that’s why Gun Owners of America is going to vigorously oppose this ban in the Washington state legislature.

Not only that, we want to encourage more city councilmen to follow in Caleb Collier’s footsteps.

Caleb Collier is a Spokane Valley city councilman who has reached out to Gun Owners of America. 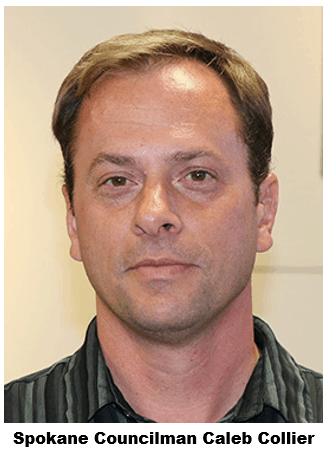 He wants to declare that Spokane Valley is a Second Amendment Sanctuary City.

“We the people cannot allow the government to incrementally chip away at the Constitution,” Collier told GOA.

“This goes well beyond the Second Amendment, this is a stand for the unalienable rights guaranteed to us in our founding documents.”

He told GOA that if one were to “Replace Spokane Valley’s conceptual proclamation on the Second Amendment with any of the other nine amendments in our Bill of Rights, anyone across the political spectrum can plainly see the importance of taking this stand.”

We told Councilman Collier that GOA would help him publicize his idea for a Sanctuary City — a promise that he was very grateful for.

Our country has a long history of local law enforcement officials standing in the way of unconstitutional impositions on Americans, and Mr. Collier’s proposal represents a welcome addition to this American tradition.

It is a fact that Washington State has become a case study in the failure of gun control.

It was the first successful effort by New York billionaire Michael Bloomberg to fool residents into voting for an innocuous-sounding ballot measure to abolish private sales of firearms.

Just recently, a thug who was legally prohibited from possessing a gun, killed several people in the Burlington shopping mall north of Seattle.

He was NOT legally able to purchase a gun, and yet, like many criminals, he stole his firearm.

Look, you know that gun control does nothing to disarm the bad guys.

And Attorney General Bob Ferguson’s attempts to ban commonly owned guns will do nothing to make the state of Washington any safer.

So please encourage your state Representative and Senator to oppose Ferguson’s ban.

And make sure you encourage your local officials to declare your town or city as a Sanctuary City, where gun owners can defy Ferguson’s unconstitutional gun control.

P.S. Washington Attorney General Bob Ferguson wants to ban commonly owned semi-automatics, which is why we need a groundswell of opposition.

Encourage your state Representative and Senator to oppose Ferguson’s ban. And encourage your local officials to follow Spokane Councilman Caleb Collier’s idea of declaring your locality a pro-gun Sanctuary City.  You can thank Mr. Collier for his leadership by emailing him here.