Keep Fascist Gun Control Out of the Green Mountain State!

Not a GOA member? You can join Gun Owners of America today for only $20!

There are states which are so anti-gun that they have gone a long way toward banning firearms in their jurisdictions.

But Vermont’s Senate Bill 221 is as pernicious, unconstitutional, and, frankly, fascist, as any law which has been passed in even the most anti-gun states.

At its core, section 4054 would allow a policeman to go into a “secret (or ex parte) hearing” and obtain an order to strip you of your constitutional right to keep and bear arms.  Under section 4052(c), proceedings could be conducted in Montpelier, even though your residence is in Brattleboro. 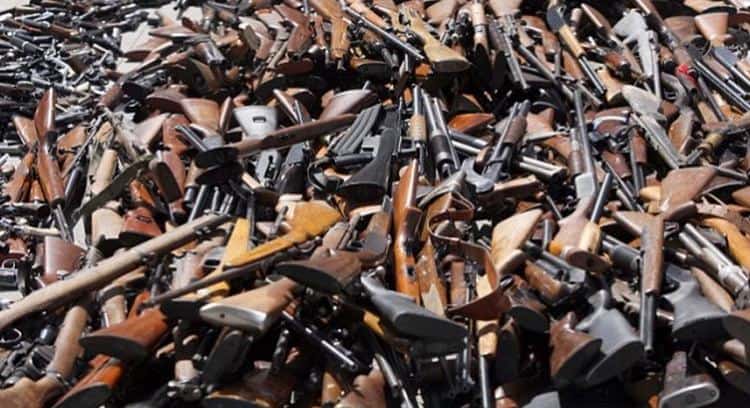 In this “secret hearing” — from which you and your side of the story are barred — if police can prove by “clear and convincing evidence” (a relatively low standard), that you are, like 257,000 veterans, an “immediate and significant danger” to yourself, you will be stripped of your constitutional rights.

Remember the old saying, that a prosecutor can get a grand jury to indict a ham sandwich?  The reason that’s true is because there’s only one side presenting evidence — the government.

So under the provisions of this bill, don’t be surprised when the results from these “secret hearings” is that the party who is present (i.e., the police) will be able to get the judge to issue an order against anyone who is accused.

All that remains is for you to be surprised when a SWAT team arrives at your house to take away your guns, at gunpoint.  Just as though Vermont had suddenly become early-1940’s Germany.

Sure, you can come back to the court and try to convince the judge that he has made a mistake.  But guess what?  Our almost universal experience with these laws is that the victims have neither the money nor the sophistication to challenge the order — which would require both a lawyer and a psychiatrist who could offer expert testimony.

Furthermore, our experience is that judges are loath to concede that they have screwed up.  And, in cases like this, judges virtually always err on the side of the government.

If you want to terminate the order, you bear the burden of proving that you are NOT a danger.  And there’s an old adage in the law that proving a negative a virtually impossible.

For years, anti-gunners have been edging toward the types of laws which proliferate in Third World dictatorships. With Senate Bill 221, they have finally arrived at that destination.

PS: Please take action against S. 221. This dangerous bill can deprive gun owners of their rights without due process!  And if you’ve let your membership lapse, make sure to renew your membership in Gun Owners of America today for only $20!