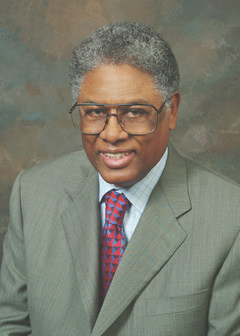 Just one year ago, would you have believed that an unelected government official, not even a Cabinet member confirmed by the Senate but simply one of the many “czars” appointed by the president, could arbitrarily cut the pay of executives in private businesses by 50 percent or 90 percent?

Did you think that another “czar” would be talking about restricting talk radio? That there would be plans afloat to subsidize newspapers – that is, to create a situation where some newspapers’ survival would depend on the government liking what they publish?

Did you imagine that anyone would even be talking about having a panel of so-called “experts” deciding who could and could not get life-saving medical treatments?

Scary as that is from a medical standpoint, it is also chilling from the standpoint of freedom. If you have a mother who needs a heart operation or a child with some dire medical condition, how free would you feel to speak out against an administration that has the power to make life-and-death decisions about your loved ones?

How about a federal agency giving schoolchildren material to enlist them on the side of the president? Merely being assigned to sing his praises in class is apparently not enough.

How much of America would be left if the federal government continued on this path? President Obama has already floated the idea of a national police force, something we have done without for more than two centuries.

We already have local police forces all across the country and military forces for national defense, as well as the FBI for federal crimes and the National Guard for local emergencies. What would be the role of a national police force created by Barack Obama, with all its leaders appointed by him? It would seem more like the brownshirts of dictators than like anything American.

How far the President will go depends of course on how much resistance he meets. But the direction in which he is trying to go tells us more than all his rhetoric or media spin.

Barack Obama has not only said that he is out to “change the United States of America,” the people he has been associated with for years have expressed in words and deeds their hostility to the values, the principles and the people of this country.

Jeremiah Wright said it with words: “God damn America!” Bill Ayers said it with bombs that he planted. Community activist goons have said it with their contempt for the rights of other people.

Among the people appointed as czars by President Obama have been people who have praised enemy dictators like Mao, who have seen the public schools as places to promote sexual practices contrary to the values of most Americans, to a captive audience of children.

Those who say that the Obama administration should have investigated those people more thoroughly before appointing them are missing the point completely. Why should we assume that Barack Obama didn’t know what such people were like, when he has been associating with precisely these kinds of people for decades before he reached the White House?

Nothing is more consistent with his lifelong patterns than putting such people in government – people who reject American values, resent Americans in general and successful Americans in particular, as well as resenting America’s influence in the world.

Nothing so epitomizes President Obama’s own contempt for American values and traditions like trying to ram two bills through Congress in his first year – each bill more than a thousand pages long – too fast for either of them to be read, much less discussed. That he succeeded only the first time says that some people are starting to wake up. Whether enough people will wake up in time to keep America from being dismantled, piece by piece, is another question – and the biggest question for this generation.

Thomas Sowell is a nationally syndicated writer. His Web site is www.tsowell.com