If you were a cowardly politician who wanted to repeal the Second Amendment — by statute — because you couldn’t secure 3/4 of the states to amend the Constitution, what would you do?

First, you would pass generalized language that would allow any administration to ban entire classes of firearms by executive fiat.

Second, you would force states and agencies to send millions of names of innocent Americans to a national “gun ban list.”

Third, you would create a secret procedure to allow police to descend on your home and seize your guns, without giving you a chance to defend yourself in court.

You would, in short, pass the Second Amendment Infringement Acts of 2018 — a set of bills which are being prepared, in secret, by both Republican and Democrat senators on the Senate Judiciary Committee.

It is not clear whether the package would come to the Senate floor as one, two, or three bills. But, collectively, they should be better known as “The Second Amendment Infringement Acts of 2018.” 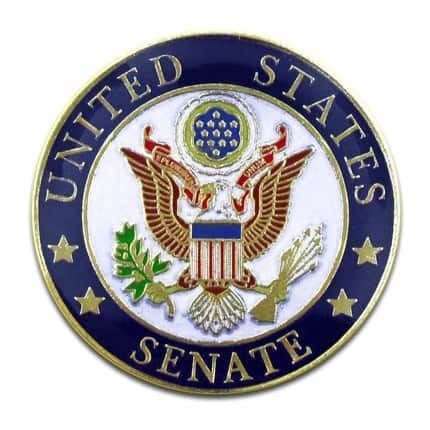 The Second Amendment Infringement Acts of 2018

GOA is hearing that the following gun control components will be included in this compromise legislation:

1. A Trojan Horse bump stock ban. The so-called “bump stock” ban that would outlaw anything which “accelerates the rate of fire of a semi-automatic firearm.”

We’ve already seen how this language would ban polished bolts, match triggers, and high-capacity magazines. Tripods and scopes also allow a shooter to fire accurately at an accelerated rate.

If you doubt this, ask yourself this question: Do you think, for a minute, that Barack Obama would not have done this, had he had this legislation available to him?

2. Background checks on steroids that would send millions of decent citizens into the NICS system.

The “Fix NICS” component would use a federal mandate and a $625,000,000 “bribe pot” to force the submission of millions of names — perhaps tens of million of names — of innocent Americans to NICS.

These submissions are not hypothetical: In every case, states like New York and agencies like Veterans Affairs already submit these names to NICS.

But, if every state and every agency were forced to follow New York’s and the VA’s lead, tens of millions of Americans would lose their right to keep and bear arms.

Thus, what if everyone in Social Security (old age), Medicare, and Medicaid could be disarmed, by a simple diagnosis, if they had Alzheimer’s, PTSD, ADHD, post partem depression, or OCD? Or a guardian to process their check?

What if every state followed Massachusetts’ lead and sent traffic ticket scofflaws to NICS.

What if every state sent its medical marijuana list to NICS, as Hawaii is doing?

What if every state followed New York’s SAFE Act, which coerced psychiatrists to send 30,000 of their patients to NICS?

What you would have is a nation disarmed — category by category.

Make no mistake about it: These liberals are casting a broader and broader net on innocent Americans.

And yet they were unable to stop people who passed background checks in Tucson, Aurora, San Bernardino, Charleston, Orlando, Sutherland Springs, Las Vegas, and Parkland.

And they were unable to stop the Newtown shooter, who killed his mother and stole her guns.

3. Firearm Confiscation Orders. Finally, the “Second Amendment Infringement Act” is expected to have star-chamber procedure where police, relatives, neighbors, or government officials can get a secret (ex parte) order to take away your guns.

The procedure was devised by California, in coordination to billionaire Michael Bloomberg.

The first time you would know that your gun rights have been taken away is when police arrive to ransack your house and, if you resist, to arrest or kill you and your family.

This is already happening in repressive states, although, not surprisingly, the press doesn’t choose to report it.

And, although you have the right to an after-the-fact hearing, few victims have the money to hire the attorneys and expert witnesses necessary to take advantage of this option. Compounding the problem, judges are loath to second-guess themselves — and risk public condemnation.

Because the age-related gun ban (on 18-20 year olds) has been misreported so frequently, let’s talk about this briefly. (This language may come as an amendment, rather than being included in the underlying “compromise” bill.)

Contrary to virtual universal misreporting by the “fake news,” current federal law DOES NOT prohibit acquisition of a semi-automatic by a person under 18. The gun grabbers tried that and lost that battle in 2000.

In order to affect the ability of an 18-20 year-old to acquire or possess a firearm, you would have to limit gun sales at gun shows, on the Internet, and through private purchases.

These are decisions which Congress rejected in 2013, and are now being pushed through the back door, using fraud and misrepresentation.

Even if you created a technical exception for young people serving in the police and in the military, the effect of banning millions of young people who are issued FULL AUTOMATICS from even possessing semi-automatics would be unworkable.

And to be clear, such a ban would horribly affect young moms and dads who will be prevented from buying a self-defense gun from a gun dealer.

Pro-gun legislation that WON’T be in this “compromise” bill

We suspect the Second Amendment Infringement Act will not contain the only idea which could effectively protect our children: the right of armed teachers to protect their students.

And it will definitely not have the Hudson reciprocity bill, which the House leadership promised us and its members would be part of any final gun package.

Thus, there will be a continuing succession of bloody media-generated school shootings.

Because the one thing we know for sure is that virtually every one of these mass shooters is primarily motivated by media fame.  As stated by the Daily Wire: “Studies suggest that media coverage of mass shootings can have a significant impact on the psyches of potential mass shooters.”

And each successive failure of gun control will only generate additional calls for MORE GUN CONTROL.

There was an expression popular in the 1980’s: The sell-out Republicans are “feeding the alligator, in the hopes that it will eat them last.”

But if you’re wondering how this sell-out bill will play politically, check out the Saturday New York Times front-page sub-headline: “[Florida] Leaders Defy N.R.A., but Proposals Fail to Impress Protesters.”

Thus, these sell-outs are working hard to destroy the Republicans’ base, but will not mollify a single anti-gun voter in return.

The Facts: Delta Gets Smacked by Georgia for Its NRA Rejection