Florida has become a hot-bed for gun control.

Republicans and Democrats alike have sold you out on your Second Amendment rights.

So it’s critical that we in rally behind a candidate who respects the right to keep and bear arms.

And that candidate is Congressman Ron DeSantis. 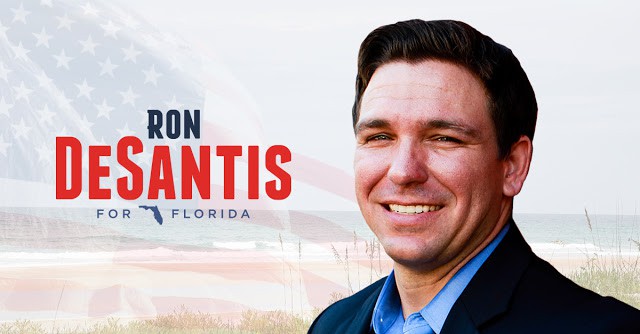 Ron earned high marks as a Second Amendment Champion in the House of Representatives, and he will bring this fighting spirit to the Sunshine State as Governor.

So on behalf of Gun Owners of America, I’m proud to endorse Ron DeSantis for Governor.

Ron will be a fighter for gun rights when he is elected Governor. He will be support pro-gun measures like Constitutional Carry and beat back calls for gun control.

In fact, Ron has rebuked the gun control package signed by Rick Scott. Ron opposes raising the age to purchase a firearm, and he support responsibly-armed teachers.

But Ron can’t win this crucial election without the support from the gun community. So please get out to vote tomorrow for Ron DeSantis for Governor in the Republican Primary.

P.S. You can find your polling place here. It’s important that all gun owners turn out to support Ron DeSantis for Governor. But did you know that GOA is involved in races across America supporting pro-gun candidates? Please consider chipping in $20, $50, or $100 so GOA can keep up the pressure in important races across the country.