PRATT: WHAT MEDIA WON’T TELL YOU ABOUT THE NEW ZEALAND MASSACRE

News of the New Zealand shooting brought the usual calls for gun control in the United States. And while the mainstream media is helping fuel the prejudice against gun rights, their greatest bias is in what they refuse to print.

True to form, here are at least three things the media will not tell you about New Zealand’s shooting.

First, New Zealand has far greater gun control than we have in the United States.

Taken together, the country’s gun control far exceeds what we have in the United States. And yet their extreme restrictions did not stop a bad guy from using firearms to commit a heinous massacre last week. 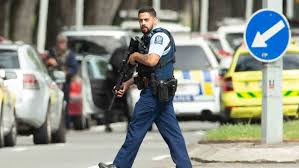 The failure of gun control is not unique to New Zealand. Consider Venezuela, where gun confiscation of all private firearms was followed by a horrendous spike in crime, making the country one of the most dangerous places on the planet.

People there not only fear violent mobs, but their government, as well. And yet the U.S. media routinely fails to make the connection between gun control and the lack of safety — whether it be Venezuela, New Zealand or this country.

Second, the shooter broke off the attack only after being confronted with a weapon.

That’s right, a potential victim at the second mosque grabbed an unloaded shotgun and threw it at the shooter. This shattered his car window which presumably made him think that he was being fired upon. The killer sped off, and lives were undoubtedly saved. But few outlets have mentioned this.

Likewise, the mainstream media have steadfastly ignored the many legitimate examples of self-defense in this country where good guys use loaded guns to bring attacks to a halt.

These examples are just the tip of the iceberg. FBI “active shooter” reports show that when a gun owner is present, mass shootings are either prevented or mitigated 94 percent of the time.

But the mainstream media is silent when it comes to good guys with guns.

Then, there’s the next thing the media will never do — and that is to point the finger at themselves.

Criminal psychologists have begged the media to stop printing the pictures and names of mass murderers.

Why? Because subsequent investigations have shown that several shooters were specifically intending to commit their evil deeds, in part, using media coverage as way to become immortalized.

The list of shooters includes, but is not limited to, the criminals who attacked John Lennon, President Reagan and Rep. Gabby Giffords; those who assaulted the Columbine, Sandy Hook and Parkland schools; and many more.

These villains have used the media as their “useful idiots,” hoping that the media will lionize them, even in their deaths.

The same is true with last week’s massacre down under. The killer’s own manifesto reveals his fascist views. And that he wanted his crime — and the ensuing media coverage — to bring renewed calls for gun control in New Zealand and the United States.

The media clearly plays an unwitting role, at best. But finding a story where they will point to themselves as culpable is about as rare as a World Series title for the Chicago Cubs.

And yet it gets worse, as there are many examples where press coverage actually incites violence. For example:

So the press — whether accurately or inaccurately reporting the news — has fueled mayhem and death. How convenient that the media avoids any accountability by shifting the focus away from themselves and, instead, calls for Second Amendment restrictions.

Another fact the media won’t tell you is that researchers in the British Journal of Criminology studied Australia’s crime rates and concluded the “gun buy-back and restrictive legislative changes had no influence on firearm homicide in Australia.”

And news outlets in that country have reported that police departments around the nation routinely fail to report all the crime statistics which, of course, produces the appearance of lower crime rates.

One thing is for sure. Given that New Zealand already registers semi-automatic firearms, officials will now have a target list which they can turn into a gun confiscation list.

But just as gun confiscation failed to stop mass killings and mass shootings in Australia, it will most certainly not make the people any safer.

Just ask the people of Venezuela.