PRATT: The Killers In El Paso And Dayton Targeted Unarmed Citizens — But The Media Won’t Admit It

National talk show host Chris Plante, frequently opines, “The most insidious power that the news media has is the power to ignore.” 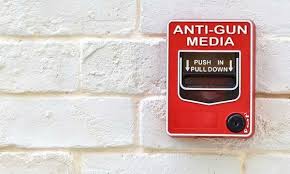 Those words have never been truer in recent days as the media has covered the latest mass murders. The media has ignored the fact that killers targeted unarmed citizens — including in El Paso, Texas and in Dayton, Ohio.

So what we see are politicians making false claims out of ignorance. For example:

What was missing from the lips of these politicians — and from media coverage in general — is the role that unarmed citizens in gun-free zones play in mass shootings.

Within a week’s time, there have been three well-publicized shootings, all of them demonstrating the intention of killers to seek out disarmed victims.

The Garlic Festival in Gilroy was a gun-free zone. This is not unique since over 90 percent of public mass shootings occur in defense-free areas. Criminals may be evil, but they’re not stupid. They want to be the only ones with a gun.

California has some of the most draconian gun laws in the nation, yet they have experienced the greatest number of mass shootings. This is not surprising.

In El Paso, The racist gunman stated in his manifesto that he would be going for a soft target. So he left his home in the Dallas suburbs and drove over 600 miles to find his soft target in El Paso.

Mexican nationals cross the border in droves every weekend to go shopping in El Paso. For this hate-filled monster, these shoppers would be the perfect targets since they would not be able to carry guns from Mexico into the United States. Hence, the majority of his victims would be disarmed.

In Dayton, Ohio, The Elizabeth Warren-supporting shooter who went on a killing spree chose a location and time (1:00 a.m. on a Sunday) when his targets would be especially disarmed — as Ohio law prohibits citizens from carrying concealed while drinking. So again, the killer chose victims who were almost guaranteed to be disarmed.

What’s also missing from the national dialogue is how guns are saving more lives than they take. In fact, they are used 16-100 times more often to save life every day.

But one will rarely find one of these stories in the national media. Some of them have been mentioned in the Daily Caller. And the FBI has documented several cases as well.

But the national media only seems to want to harp on the negative uses of firearms.

Imagine if the national media were to focus 24/7 on the medical “crisis,” doing in depth stories on the 685 patients who are negligently killed by doctors each day.

Two hundred and fifty thousand medical mistakes result in death every year — or 685 per day. The daily medical “carnage” is the equivalent of several months’ worth of mass shootings!

If the media covered negligent medical mistakes in the same way they cover guns, Americans would be scared to visit a doctor. Of course, we know that such fear is foolish because doctors are saving far more lives.

Obviously, there is risk in everything we do. We live in a dangerous world, where 16 pedestrians are killed by vehicles every day. One study showed that Americans are 159 times more likely to be struck and killed by a car than to be shot in a mass shooting.

But which story are we most likely to see on the news?

Given that almost 80 percent of journalists favor stricter gun control, the question should answer itself.