On September 20th, GOA dozens of grassroots activists will be in Harrisburg for Gun Owners Lobby Day (G.O.L.D.) to get three bills passed in the PA Senate: Constitutional Carry (SB 565), the Right to Bear Arms Protection Act (SB 624), and Strengthen Preemption (HB 979). 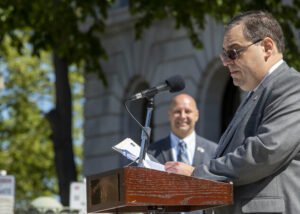 These activists need support from GOA advocates statewide to maximize their impact. That’s why I need you to send a message to your state senator right away to pass these three bills:

So, please fill out the form above to send a message to your state senator to pass these three bills. And if you are coming to G.O.L.D., I look forward to seeing you in Harrisburg on Monday, September 20th.