Independent audits and other legislative initiatives to restore election integrity have all been in the Pennsylvania news recently. 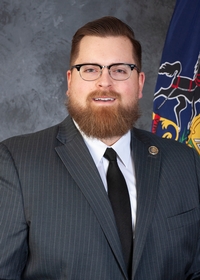 But efforts to repeal no excuse mail-in voting, the root cause of the problem, don’t seem to be getting any traction with Republican leadership.

Make no mistake about it, Act 77 is the heart of the issue, and Representative Mike Puskaric (R-39) has a bill that is a straight repeal of Act 77. The problem is, HB 25 is stuck in the House State Government Committee and hasn’t had any movement since the bill was filed on January 11, 2021.

But Representative Puskaric wants to change that. He is circulating a discharge petition right now to blast HB 25 out of committee and onto the House floor for a recorded vote.

In order for this to work, Representative Puskaric needs to get 25 members of the House to sign the petition. Once there are enough signatures, the bill goes to the House floor. A simple majority vote will then allow HB 25 to be considered.

Currently, there are 28 cosponsors to the bill. But while it might seem like we have enough Representatives to sign the discharge petition, realize that they are going to come under intense pressure to not buck their leadership. That’s why I need your help. And Representative Puskaric is going against the leadership, so he needs to have the grassroots behind him.

So, please send a message (using the form above) to ask your state representative to sign Representative Puskaric’s discharge petition. Urge them to stand up for election integrity by voting on a straight repeal of Act 77.