Due to your grassroots advocacy, Senator Doug Mastriano’s Right to Bear Arms Protection Act (SB 624) now has 14 co-sponsors, including the President Pro 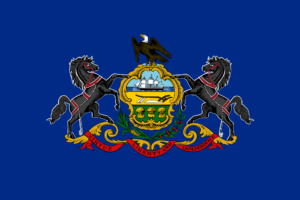 Tempore of the Senate, Jake Corman, and Senate Majority Leader, Kim Ward. The bill is sitting in the Senate State Government Committee, and the Chairman of that committee, Senator Dave Argall (R-29), has also co-sponsored the bill.

All of this is very good news and it appears that SB 624 is set up for success. But, we are not out of the woods yet. You see, there still needs to be sufficient support from other members of the Senate to get SB 624 up for a vote in committee and on to the Senate floor.

That’s why I need your help to give SB 624 a final push to convince the Senate Republican leadership to bring the bill up for a vote in the State Government Committee and get a roll call vote in the full Senate in June.

So, please take action right away (by using the form above) and encourage your state senator to co-sponsor, support, and pass SB 624.