Governor “Tyrant Tom” Wolf ordered the Department of General Services to cancel all events at the PA Capitol until July 5th. 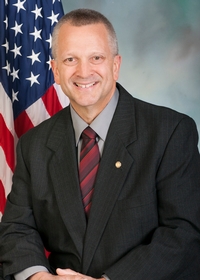 That means that the planned June 8th “Rally to Protect Your Right to Keep and Bear Arms” would be canceled by executive fiat!

But Representative Daryl Metcalfe sent a letter to Governor Wolf telling him the rally will go on in defiance of his tyrannical order!

Here are a couple of key paragraphs from the letter to the Governor:

As the prime sponsor of an impeachment resolution to bring about your removal from office, let me begin the people’s response by saying that we do not need your permission to freely exercise our Constitutional rights to peacefully assemble and denounce your tyrannical regime…

You have no authority to imprison any citizen in their home or otherwise rob them of their right to put food on the table. Our right to arm and defend ourselves and our loved ones is non-negotiable, and you can expect us to vigilantly defend it on the state Capitol steps on Monday, June 8.

Please take a moment to send a message (see above) to your state representatives. Let them know that you stand with Representative Metcalfe and support the June 8th rally.

On behalf of the Pennsylvania members of GOA, I want to personally thank Representative Metcalfe for taking this courageous stance. It will not be forgotten.