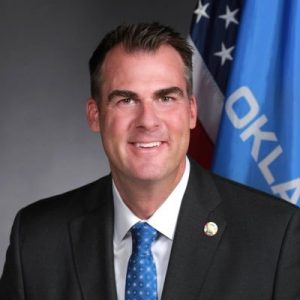 Stitt put his signature this week on Oklahoma Senate Bill 1081, the “Anti Red Flag Act,” which preempts any type of extreme risk protection legislation in the state. The measure was popular with lawmakers, passing the state Senate 34-9 and the state House 77-14.

The measure had the support of state and national pro-gun organizations to include the Oklahoma 2nd Amendment Association and Gun Owners of America. Such groups argue red flag bills have little impact on crime and instead force individuals to surrender legal firearms to law enforcement based on often uncorroborated statements, then putting those gun owners into an expensive uphill fight to get their rights restored.

“Oklahoma, which recently became a Constitutional Carry state, has been showing the way in restoring and reaffirming the right to keep and bear arms,” said Erich Pratt, GOA’s senior vice president. “At a time when the anti-gun Left and even some on the right are pushing these dangerous Red Flag gun confiscation orders, it’s very encouraging to see a state stand up for the Constitution and Bill of Rights.”