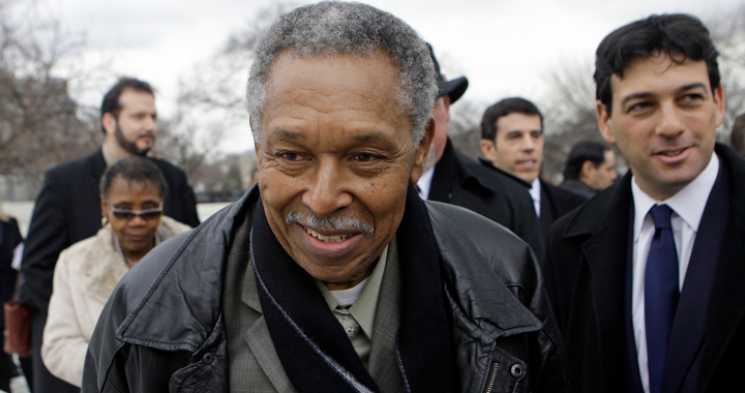 Eugene Robinson of the Washington Post has a nearly unblemished track record of offering up hard-hitting, powerful, emotional editorials which assess America’s most pressing issues and are almost always…wrong. Last week’s anti-gun, anti-police commentary, “In America, gun rights are for whites only” was no exception.

Robinson starts off by regurgitating the inflammatory leftist narrative of a police-driven war on young black men, claiming “If you are a black man in America, exercising your constitutional right to keep and bear arms can be fatal. You might think that the National Rifle Association and its amen chorus would be outraged, but apparently they believe Second Amendment rights are for whites only.”

And that is where he goes off the rails. He is reflexively programmed to see everything through the prism of race, even when race has little or no bearing on an issue or incident.

Regarding the supposed apathy of the NRA towards gun-owning minorities, he is just flat wrong. It was a black man, Otis McDonald, who was aided by the NRA as he sued the City of Chicago for unlawful infringements of his 2nd Amendment rights. McDonald, 76 (in 2010, when the case was decided by the Supreme Court) was refused permission to own a handgun for self-defense, despite living in a neighborhood infested with drug dealers and gangbangers. His home had been robbed five times, but he was denied the ability to defend himself. The NRA helped McDonald win a landmark case for individual gun rights.

It was also the NRA that came to the aid of poor black residents of Delaware who were denied the right to own a firearm, it having been prohibited in public housing. It was also the NRA that brought national attention (and pressure) to the blatantly unfair imprisonment of Shaneen Allen, a black Pennsylvania woman, who was imprisoned after believing, in error, that her concealed carry permit allowed her to carry her weapon into New Jersey (not an unreasonable assumption, as dozens of states have concealed carry reciprocity agreements)….

Lost in all of the race-baiting recriminations is that fact that gun control laws are racist, hearkening back to the darkest history of racism in America.

Supreme Court Justice Clarence Thomas, in his concurring opinion in the previously noted case of McDonald v. Chicago, outlines some of the history of this racism. You see, just as minimum wage laws were originally passed as a way of keeping non-union Southern black laborers from taking jobs from the more expensive, white Northern union labor, gun control laws were passed as a way of disarming blacks so as to leave them defenseless against the attacks of Ku Klux Klan members and other racial supremacist terrorists.

Among many other examples, Thomas describes the Hamburg Massacre of 1876, in which a white militia murdered a troop of black militiamen for holding a 4th of July parade through their mostly black town. The white militia commander, “Pitchfork” Ben Tillman, later described this massacre with pride: “[T]he leading white men of Edgefield” had decided “to seize the first opportunity that the negroes might offer them to provoke a riot and teach the negroes a lesson by having the whites demonstrate their superiority by killing as many of them as was justifiable.” None of the murderers were punished.

Thomas continues, noting that “Organized terrorism like that perpetuated by Tillman and his cohorts proliferated in the absence of federal enforcement of constitutional rights. Militias such as the Ku Klux Klan, the Knights of the White Camellia, the White Brotherhood, the Pale Faces, and the ’76 Association spread terror among blacks and white Republicans by breaking up Republican meetings, threatening political leaders, and whipping black militiamen…These groups raped, murdered, lynched, and robbed as a means of intimidating, and instilling pervasive fear in, those whom they despised.”

Ironically, Robinson’s call for stricter gun control laws will only hurt those he purports to want to help. It leaves untold numbers of inner city blacks defenseless against the drug dealers, thugs, gang members, and violent criminals that have infested their communities, like those who robbed Otis McDonald repeatedly….