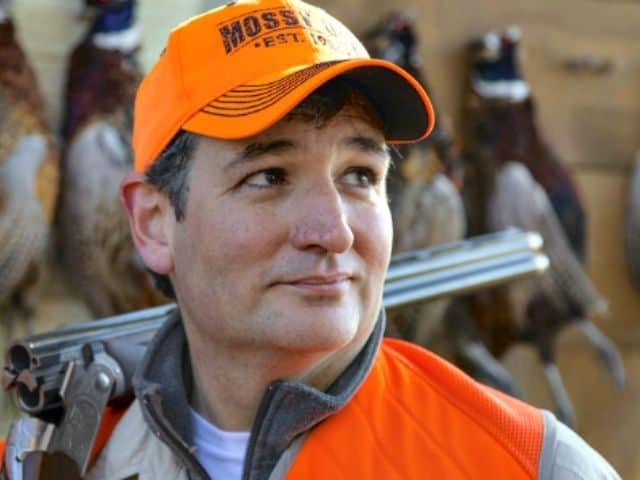 In a press release issued with the endorsement, GOA chairman Tim Macy explained the reasons they chose Cruz:

“Ted Cruz has promised gun owners that, as President, he will remove the United States as a signatory nation to the anti-gun Arms Trade Treaty — a U.N. treaty that would fully implement a system of gun owner registration if ratified by the U.S. Senate. [He] has promised gun owners that he will repeal anti-gun Executive Orders that circumvent Congress and veto anti-gun legislation if it reaches his desk. [And] as a U.S. Senator, Ted Cruz has demonstrated a willingness to fight for our Second Amendment rights.  He is working with GOA on legislation to repeal the Obama Administration’s gun ban that is (and will) affect millions of military veterans and senior citizens.”

Macy also pointed to the fact that Cruz “has cosponsored legislation to allow concealed carry reciprocity for law-abiding gun owners [throughout America].” Such reciprocity is one of GOA’s “chief priorities in Congress.”

He pointed out that it was Cruz “who led the filibuster fight in 2013 against funding the anti-gun ObamaCare law, which will facilitate the disarmament of millions of gun owners once the law is fully implemented.” Cruz has been clear in his determination “to sign a bill to completely repeal ObamaCare as President” and has already introduced legislation to repeal the massive government takeover of healthcare in America.