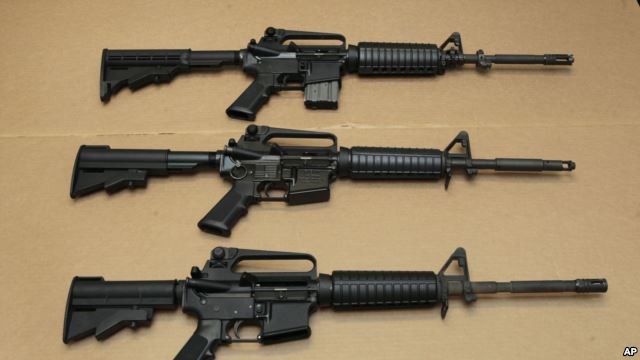 “[Democrats are] making a play for our guns right after we celebrated our independence,” Larry Pratt said.

The U.S. debate over gun control is on center stage in Washington again this week, but the political battle lines appear hardened against passage of any new restrictions.

Last month’s mass shooting at a gay nightclub in Orlando, Florida that left 49 people dead pushed gun control to the forefront in the contentious 2016 political election season, even as fractious Republican and Democratic lawmakers remain as divided as ever…

Larry Pratt, executive director emeritus of the Gun Owners of America, contended in an interview with VOA that Democratic lawmakers are “making a play for our guns right after we celebrated our independence,” the country’s annual July 4 holiday. But he also said it was “very disappointing” that Ryan is proceeding to go ahead with a gun control vote.

Pratt said the Orlando massacre occurred in a so-called “gun-free zone,” where guns are supposedly prohibited. He said such zones should be eliminated and that “arguably if people have firearms there is the possibility” that someone with a gun inside the club might have stopped the carnage sooner. He complained that Republicans, among the staunchest gun rights supporters in the United States, have declined to advance a proposal to prohibit gun-free zones across the country.

Read at Voices of America

Your Activism is Killing Gun Control