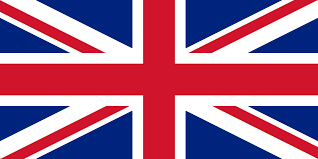 Time and time again, gun rights advocates are told just how we should embrace the gun laws of England and Australia. After all, haven’t they basically eliminated gun crime in those countries? That’s what they tell us, at least.

It’s also complete and total bollocks, as our British friends might say.

Air guns, rifles, BB guns, shotguns and pistols, including antiques and ex-military, are among the weapons police said should be handed in.

The amnesty comes less than a month after national figures revealed the number of crimes involving firearms in England and Wales increased by 27% to 6,696 in the year ending June 2017.

In 2014, more than 6,000 guns were handed in to police, including antique guns, imitation firearms, hand guns, rifles, shotguns and ammunition.

Detective Chief Superintendent Jo Chilton, head of Nabis, said: “Perhaps you have a gun that has been handed down through the family or you have found a firearm in your loft or shed which has been gathering dust and you had forgotten about.”

Illegal possession of a firearm can result in a five year prison sentence. If you are found guilty of possession with intent to supply, it could lead to a life sentence.

As noted, this isn’t the first gun amnesty the UK has had, and they have such tough gun laws, how can this be a thing?

Oh, right…because criminals don’t obey gun laws, but the law-abiding prey does. Thus, there is no armed response by private citizens. Hell, this is a country that hasn’t even bothered to arm their police officers. There’s almost nothing to stop the criminals from doing what they want when they want.

Let’s be clear, there is no way on Earth Americans would tolerate a 27 percent increase in any kind of crime, much less violent crimes that involve a firearm, yet this is precisely what they’re dealing with in the U.K. Meanwhile, what options do they have? They’ve already made gun ownership as a whole virtually illegal there, so what’s left?

They’re offering an amnesty, but does anyone in their right mind think this will really take guns used in crime off the streets? Of course not. This will allow the handful of people who have guns they won’t use for anything to get them out of the house so they don’t get arrested. That’s it.