Stop your tax dollars from being used to push gun control!

URGENT: Call your Representative right away — at 202-224-3121 — and urge them to vote against any spending bill that repeals the pro-gun Dickey Amendment.

You may have thought that the only insidious thing happening in Washington was the Trump impeachment. But that would be wrong. 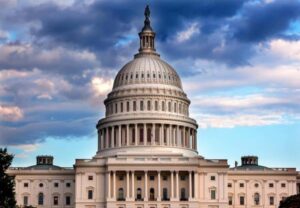 Nancy Pelosi is using the deafening noise produced by the impeachment battle to try to sneak through dozens of liberal priorities which she has sought for decades.

And it’s still up in the air as to whether Republicans will care enough to fight them.

Let’s start with the appropriations for the remainder of the fiscal year — until September, 2020.

We are now told that the bill will be divided into two parts  — and that, among other things, it will delete boilerplate language that, for almost three decades, has prohibited taxpayer funds from being used to conduct anti-gun research and to engage in anti-gun propaganda.

The prohibition on anti-gun research is commonly known as the Dickey Amendment, named after its sponsor Rep. Jay Dickey (R-AR). This provision has been a HUGE blessing for gun owners for the past 20 years.

Just imagine if all the fake anti-gun Bloomberg “studies” and “research” were multiplied a hundredfold — and you were required to pay for them!

It would make our job all that much harder.

In particular, the bill would waste $25,000,000 on these studies, half for the anti-gun Centers for Disease Control and half for the Second Amendment-hating National Institutes of Health.

They will then use this money to do everything they can to bring the Second Amendment to an end — just like they did in the 1990’s before the Dickey Amendment.

Is it too late to do anything?

House and Senate leaders have been negotiating this bill in backrooms for weeks.

But what is now being revealed, thanks to reports like this one from The Hill, is that the backroom agreement that is being produced is pretty much a dagger aimed at every part of the conservative movement — including the Second Amendment.

There are two procedural moves, however, that we have on our side. First, this spending bill can be filibustered in the Senate.

Second, it appears that the anti-gun language that has been inserted to repeal the Dickey amendment may very well be out of order.

Regardless, it’s URGENT that gun owners contact their Representatives IMMEDIATELY at 202-224-3121.

The first vote in the House will be today.

Then, make sure to email your Representative and Senators (above), urging them to OPPOSE this spending bill if it contains a repeal of the pro-gun Dickey amendment or any additional funding for anti-gun research and advocacy.

Thank you so much for your immediate action.

P.S. Please Take Action, and then circulate this alert to your pro-gun family and friends. And don’t forget that you can join Gun Owners of America today and Double Your Dollars, at no extra cost to you, because of a generous matching fund set up by a GOA Life Member.