A Pro-2A Senate Majority is Within Reach!

We ALMOST Have the Senate!

After a long night, gun owners are still waiting for the results of the 2020 Presidential Election, and not much more can be done for now.

But we are ever so close to victory in the Senate!

As votes pour in for the undeclared elections for GOA endorsed candidates like Sen. Perdue in Georgia and John James in Michigan, all eyes are turning to the Special Senate Election.

The fate of the U.S. Senate may rest with Sen. Loeffler’s Special Election in Georgia, which is only just heating up.

If we save the Senate, we can save the filibuster, the courts, and ultimately protect the Second Amendment regardless of the outcome of the presidential election.

We NEED this seat.

Please make a contribution to Gun Owners of America and help us save the pro-gun majority in the U.S. Senate, Legislative Filibuster, and Pro-gun majority on the Supreme Court with this Special Election. 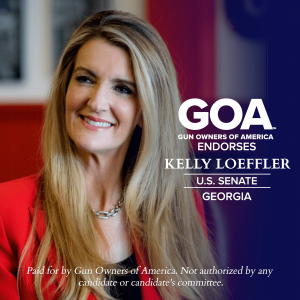 Senator Kelly Loeffler has been a phenomenal advocate for the Second Amendment since being appointed to office.

First, she introduced the Gun Owners Privacy Act, “to prevent the federal government from maintaining a federal database with background information of those seeking to obtain a firearm.”

Gun Owners of America is proud to endorse Sen. Kelly Loeffler based on her proven pro-Second Amendment record.

We need Gun Owners nationwide to donate and support Sen. Loeffler so we can achieve the pro-gun majority in the U.S. Senate that we desperately need.

So please make a contribution to Gun Owners of America and help us save the pro-gun majority in the U.S. Senate, Legislative Filibuster, and Pro-gun majority on the Supreme Court with this Special Election.

The Special Election date is set on January 5th, 2021.

Gun Owners of America’s endorsed candidates won big in other states last night, which sets the stage for our fight over the Senate through Sen. Loeffler’s Special Election. 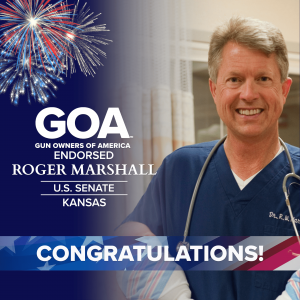 The sponsor of the Home Defense and Competitive Shooting Act to deregulate Short Barrelled Rifles from the NFA, Senator-elect Dr. Roger Marshall, won his election in Kansas. 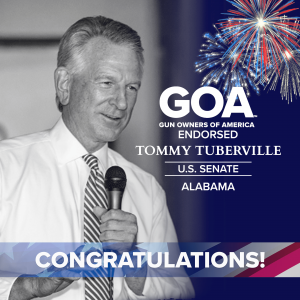 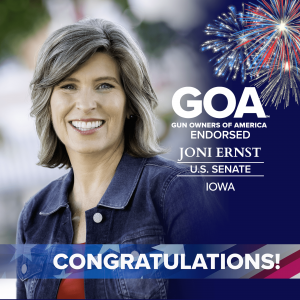 And gun owners can celebrate the great victories clenched by Senator Steve Daines and Senator Joni Ernst, who have fought hard to defend gun owners in the Senate already. 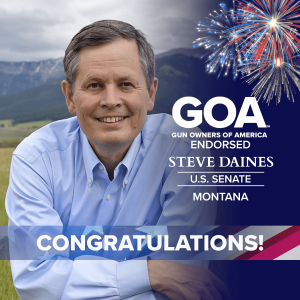 Gun Owners must carry this momentum of pro-gun victories into Senator Loeffler’s Special Election, which could determine a pro-gun majority in the U.S. Senate between now and January 5th.

Please, help GOA clench this win for the Second Amendment with a donation.