Lynchburg has become the new battleground to challenge gun laws in the Commonwealth. 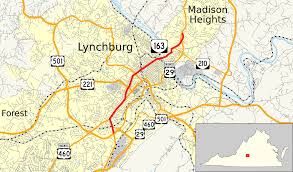 The lawsuit is different from the last one with Gov. Ralph Northam in April because he’s not mentioned in it. The complaint is against the superintendent of the Virginia Department of State Police, who will be responsible for enforcing this new background check law.

10 News was not allowed to record the video hearing. David Browne, the same attorney who represented Safeside Tactical in the lawsuit against the Northam’s executive order, is now representing three Lynchburg men who want to privately sell guns to one another.

The new law requires anyone who wants to buy a firearm from an unlicensed dealer at a gun show to go through a background check and pay the fees to do it.

Gun rights advocates say this infringes on their rights.

The Virginia Defense League and Gun Owners of America are also named on the complaint.

“It forces everybody, if they want to purchase a firearm, they have to go to a gun store submit to a background check, which put people’s name in the FBI database. That can result in delays,” said Erich Pratt, Senior VP of Gun Owners of America…

A Republic, If We Can Keep It