Pro-Gun Bills to be Voted on by Louisiana Senate

Four pro-gun bills passed out of the Senate Judiciary “C” Committee and will now head to the Senate floor for final passage. 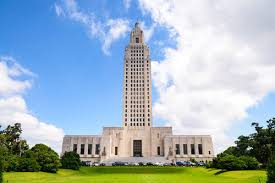 Friday, May 29th, is the deadline for final passage of legislation for this session so it is imperative that we reach out to our Senators as soon as possible to let them know that Louisiana gun owners are in full support of the following bills.

As such, I ask that you please contact your Senator and urge him or her to support the following pro-gun bills:

House Bill No. 746, by Rep. Ray Garofalo (R) Dist. 103, allows any person who can lawfully possess a firearm to carry a concealed firearm during a mandatory evacuation in a declared state of emergency or disaster.