The Real Dangers of So Called ‘Tough On Crime Bills’

Recently, GOA has been asked about bills such as H.R. 2837 that purport to “get tough on crime” by authorizing extended terms of imprisonment for offenses that involve firearms; irrespective of whether or not the offense was violent or possessory in nature. Gun Owners of America (GOA) has opposed bills of this sort for decades because they violate the Constitutional right to keep and bear arms. 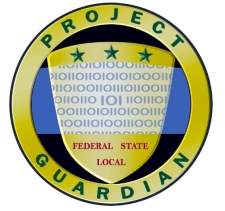 However, what is truly unfortunate, is that some firearms owners think this type of legislation might be a good idea.

Many gun owners who diligently follow this issue, probably remember “Project Exile” which began in Richmond, Virginia in the mid-1990s with the stated goal of prosecuting those who commit “gun crimes” in Federal Court instead of the state court. The potential penalties for violating Federal law are generally harsher than state penalties.

Some gun owners reflexively supported “Project Exile” because after all, it was going after criminals — or was it?

GOA’s long-standing position is that most people who were prosecuted under “Project Exile” were not violent criminals, but people who were caught up in the bureaucratic maze of anti-gun laws which are, at their core, unconstitutional intrusions on freedom. These programs significantly increase the likelihood that an otherwise law-abiding person will go to federal prison for committing a victimless, non-violent, technical violation of the law. And in many cases, gun owners will be confused because the technical “crimes” that gun owners will violate are actually legal activity in many states and at the federal level.

All of this begs the question: Are those convicted of violating these laws truly felons or are they victims of anti-gun, unconstitutional intrusions on freedom by states like New York, New Jersey, Massachusetts, and other freedom-hating locales?

What about someone who is charged with dealing guns without a license? It is undisputed that individuals are free to sell-off their private property — including firearms. However, ATF has for decades, refused to say how many guns sold in private transactions constitute dealing without a license. How can an honest person follow the law if the enforcers of the law refuse to provide guidance?

H.R. 2837 even included this language, which seems to go after violent criminals but could also ensnare law-abiding gun owners in a trap:

any group of convictions for which a court referred to in section 922(g)(1) imposed in the same proceeding or in consolidated proceedings a total term of imprisonment not less than 10 years, regardless of how many years of that total term the defendant served in custody.

Many of the offenses described above carry a prison term of fewer than 10 years, but due to the language in the above example, it provides anti-gun judges with an incentive to impose consecutive, rather than concurrent sentences for possessing more than one magazine or hollow point cartridge. These offenses are strictly possessory offenses, meaning there was no violence and no victim other than the sensibilities of the leftists who enacted and enforce these laws.

Finally, this article would not be complete if I didn’t mention the case of Bruce Abramski, Jr. whose “straw purchase” conviction was upheld by the United States Supreme Court. What is particularly galling about this case is that Mr. Abramski purchased a firearm and passed the background check. Then because his uncle, Angel Alvarez, was a resident of a different state, Mr. Abramski, complied with federal law and turned the pistol over to a Pennsylvania FFL for ultimate transfer to Mr. Alvarez, who also passed a background check. If this were a true “straw purchase” Mr. Abramski would have merely handed the pistol over to Mr. Alvarez. The government’s position was that the transaction was a straw purchase because Mr. Alvarez paid for the gun. Yes, Mr. Alvarez did pay for the gun, but as the late Justice Antonin Scalia said in his dissent:

The Court makes it a federal crime for one lawful gun owner to buy a gun for another lawful gun owner. Whether or not that is a sensible result, the statutes Congress enacted do not support it—especially when, as is appropriate, we resolve ambiguity in those statutes in favor of the accused.

Prior to the Abramski case, it was widely understood that a “straw purchase” only occurred when a person who was legally eligible to purchase a firearm did so and then turned the firearm over to someone who was prohibited from owning arms. That did not happen in the Abramski case.

When considering issues that can cause Americans to lose their freedom it is important to understand that there are two types of laws. Those which are malum in se refer to acts that are evil and wrong in and of themselves. Murder, rape, and assault are all examples of conduct that is malum in se. Other laws are malum prohibitum which means they criminalize victimless conduct that a legislator or bureaucrat dislikes. These include activities such as carrying a gun without a license, possessing hollow-point ammunition, possessing a magazine which holds more than a predetermined number of cartridges or even helping a relative — who is not a prohibited person, to obtain a handgun.

Gun owners and legislators need to be very careful when they say, “just enforce the existing laws” because in many cases, the existing laws were vigorously opposed by gun owners when they were moving through the legislative process. Only later, after they have been in effect for a few years, they are used as the vehicle to unconstitutionally disarm American Citizens in the name of “getting tough on crime”. This is exactly what happened in the Abramski case and will continue to happen if gun owners don’t stop asking for existing laws to be enforced.

Pro-Gun Bills to be Voted on by Louisiana Senate