LA: Legislators Introduce Bill in Support of 2A Rights

Your Pressure is Making a Huge Difference!

In response to the action taken by you, Louisiana House of Representatives members Beryl Amedée, (R-Dist. 51) and Blake Miguez (R-Dist. 49) have filed HB 865 and HB 781, respectively. Both bills remove the authority of state and local government to regulate the manufacture, sale, and possession of firearms or ammunition during a declared emergency or disaster. 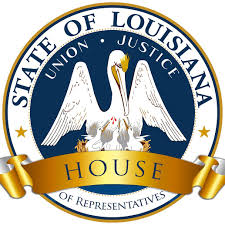 (1) Remove the authority of the governor, the parish president, the chief executive officer of a municipality, and the chief law enforcement officer of the political subdivision from regulating the sale, dispensing, or transportation of firearms, and provide that such authority to regulate the sale, dispensing, or transportation of combustibles does not apply to component parts of ammunition;

(2) Remove the authority for a proclamation of a curfew to include the regulation and control of the possession, storage, display, sale, transport, and use of firearms and other dangerous weapons and ammunition; and,

(3) Add language stating that nothing in present law or proposed law prohibits firearms and ammunition manufacturers, distributors, wholesalers, suppliers, and retailers from operating or conducting business during a declared disaster or emergency.

HB 781 has a few additional provisions:

(1) Reiterates that the right of each citizen to keep and bear arms is fundamental and shall not be infringed; and,

Thank you to everyone who reached out to your legislators to let them know that during times of emergency it is imperative that you are able to protect yourself and your family.

And thank you to Rep. Amedée and Rep. Miguez for stepping up on this issue and proposing legislation that will remove the “authority” of government officials to limit the right of law abiding citizens to protect themselves and their family during a declared emergency.

Now it is time for us to support Rep. Amedée and Rep. Miguez.

Please take action (above) and urge your Representative to coauthor HB 781 and HB 865.

Additionally, it is a good time to remind our Representatives of the importance of constitutional carry and ask that they coauthor Rep. Danny McCormick’s (R-Dist.1) Constitutional Carry bill HB 686.

(Along with HB 686, Rep. McCormick has drafted a petition urging that “your state senator and representative…publicly support and vote in favor of Constitutional Carry in Louisiana.” I strongly encourage everyone to read and sign Rep. McCormick’s petition.)