As a result of the Coronavirus pandemic, law enforcement offices all over the country are shutting down all or part of their operations — including suspending the processing of concealed carry license applications.

Some politicians are even using the Coronavirus as an excuse to ban the sales of guns and ammunition. 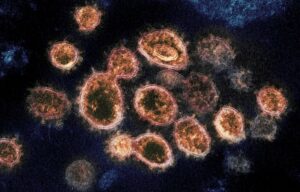 For examples of how GOA is already fighting back against this, please go here and here.  GOA is also considering legal action in certain states, as well. So please stay tuned.

But back to the refusal to process concealed carry applications. In some cases, this is being done by anti-gun law enforcement manifesting their antipathy to guns — at least, guns in the hands of the “little people.” In other cases, pro-gun officials simply lack the capacity to process applications.

Yet for those in desperate need of a firearm to protect themselves from an active predator, the motivation is irrelevant. In either case, the ability to carry a gun may be an issue of life or death.

The Coronavirus has also shown how background checks can be used and abused to keep potential gun owners disarmed. The National Instant Criminal Background Check System (NICS) has experienced massive delays across the country, and in some states like New Jersey, it’s been shut down entirely.

GOA has opposed NICS since its inception, and this emergency has shown how any type of government permission system — indeed, any type of gun control — can be abused.

GOA pushing Constitutional Carry, the ultimate answer to any problem related to permits

Seventeen states have solved this problem and are currently experiencing ZERO failures for law-abiding citizens who want to carry concealed within the borders of their states.

And that’s because these states are “permitless carry” states. They recognize that Americans have the constitutional right to defend themselves through concealed carry without getting the government’s permission to do so.

GOA is currently working in at least two additional states — Alabama and Tennessee — to soon bring the number of Constitutional Carry states to 19.

At the national level, there is concealed carry reciprocity legislation that protects the right of law-abiding gun owners to travel armed when outside of their home states. That’s the main purpose of these two bills (H.R. 38 and S. 69) which are authored by Rep. Richard Hudson (R-NC) and Sen. John Cornyn (R-TX).

These bills also allow those from Constitutional Carry states to carry across the country without a permit.

But there is another feature in the House version which would also help gun owners during this present state of emergency.

H.R. 38 provides that a concealed carry permit from ANY state would allow a person to carry in any other state.

Think about the significance of that. This means that a Pennsylvanian who was unable to get a permit from his local sheriff — because the sheriff offices have been shut down as a result of the Coronavirus — could apply for a permit from New Hampshire, entirely by mail and likely be able to legally carry in about two weeks.

In fact, this provision in the bill generally helps gun owners who “live behind enemy lines” in ​anti-gun states like Maryland, New York, Hawaii, New Jersey, and several parts of California. By simply getting a permit from a pro-gun state like NH, these gun owners will be protected when carrying concealed in their home states — and they’ll be protected when carrying a magazine larger than 10 rounds.

As you can see, the Constitutional Carry reciprocity bill in the House does much more than protect the right to travel while armed. 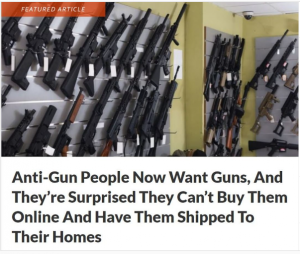 For the time being, Congress is locked in a contest to figure out how to spend trillions of dollars on the Coronavirus.

But it was the Obama administration that taught the nation that you “never let a crisis go to waste.”

Well, if there was ever a time to point out the benefits of the Constitutional Carry reciprocity legislation in Congress, now is the time.

Right now, several news outlets are reporting that Americans are buying lots of guns. And this includes previously anti-gun Americans who are now concerned about their family’s safety and security, given the uncertainty of the times.

Please remind your Representatives and Senators (above) that Americans care about self-defense. Tell them you want them to cosponsor the Constitutional Carry reciprocity legislation (H.R. 38 and S. 69).

And don’t neglect to demand that the congressional leadership bring these bills to a vote — especially in the Senate, given that is not controlled by anti-gun Democrats.

HR 5717 is a Massive Infringement of Your Rights

Many gun owners have recently become aware of the “Gun Violence Prevention and Community Safety Act” (HR 5717), which was introduced into Congress this January.

This bill is practically a “one-stop-shop” for the Michael Bloomberg gun control agenda, including gun owner licensing, a national gun registry, a ban on commonly-owned semi-automatic rifles, a ban on standard capacity magazines, red flag gun confiscation orders, and much more.

Ironically, at a time when firearms are flying off gun store shelves, the bill’s sponsor, Rep. Hank Johnson (D-GA), is seeking to further restrict the right to keep and bear arms simply for his own political posturing.

GOA opposes this bill in the strongest of terms, and many gun owners have already expressed their displeasure to their elected officials. We certainly encourage you to add in your opposition to this bill when you contact your Representative and Senators to support H.R. 38 and S. 69.

GOA is keeping a careful eye on H.R. 5717 and the many other anti-gun bills in Congress — and we will have an analysis and action item in an upcoming alert.

The right to self-defense, even in times of emergency, should not be ignored. That’s why GOA is going on the offense by pushing for pro-gun measures, rather than simply playing defense and focusing on anti-gun bills.