Take Action to Protect 2A Rights During State of Emergency!

The COVID-19 pandemic is curtailing essential liberty across the United States, and Pennsylvania is no exception. 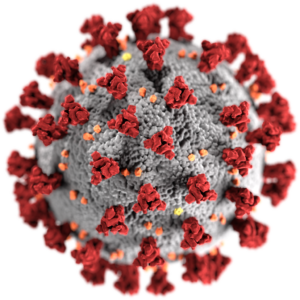 Governor Tom Wolf’s actions are not only destroying the economy, but the state of emergency is placing the right to keep and bear arms itself in serious jeopardy.

Some sheriffs are now declining to process licenses to carry firearms (LTCFs) for fear of contagion. These refusals not only restrict your constitutional rights, but they place the personal safety of all Pennsylvanians in jeopardy while subjecting citizens to criminal action.

You see, during a state of emergency, only those who possess an LTCF may carry firearms legally.

And if sheriffs are not processing applications or renewals, then citizens without permits will be subject to prosecution if they chose to carry a gun to protect themselves–at a time when an LTCF is needed the most!

But it doesn’t stop there! Anti-gun politicians across the country are seeking new emergency powers to infringe upon our Second Amendment rights.

And given the track record of Pittsburgh Mayor Bill Peduto and the recent actions of Philadelphia Mayor Jim Kenny, what’s to say that these local officials won’t violate the law even more egregiously than they have already?

PA officials should have ZERO authority to ban the sale and transportation of firearms during a state of emergency. We only have to remember how the rights of citizens were violated during Hurricane Katrina to know that this power must be curtailed.

That is why I am asking you to contact your state representative, urging him or her to take action on four bills to protect the liberties of all Pennsylvanians:

Representative Aaron Bernstine’s (R-10) bill would eliminate the requirement to seek government permission to obtain an LTCF before carrying a firearm.

Representative Matt Dowling’s (R-51) bill would repeal the requirement to have an LTCF during a state of emergency and also eliminate the regulation of firearms during such an emergency.

Representative Eric Nelson’s (R-57) bill would eliminate Pennsylvania’s severe firearms transportation laws and allow the transportation of firearms by a non-prohibited person for any lawful purpose where a firearm can be lawfully possessed.

There has never been a more important time to stand up to constitutional infringements than now. So, please contact your state representative (see above) today.