Democrats have wasted little time shaking up Washington, D.C. since they were sworn into office on Thursday. In fact, Democratic leadership in the House is planning to make a big splash on Tuesday, when Speaker Nancy Pelosi and Rep. Mike Thompson introduce legislation requiring universal background checks for firearm purchase…. 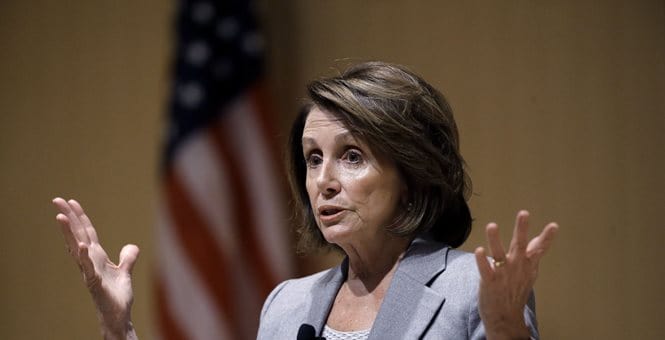 Although the text of the bill has yet to be released, we know a few things about “universal background checks” and what gun control advocates are proposing. They want someone to undergo a background check every time a new firearm is purchased or transferred. They claim that there will be some exceptions made for people who borrow guns when hunting and transferring between family members, but again, we don’t know what the actual language is.

Gun grabbers are quick to say expanding background checks will help limit the number of prohibited possessors who get their hands on a firearm….

National Shooting Sports Foundation Public Affairs Manager Mark Oliva told Townhall [that] “most crimes committed with firearms are found to have gotten those firearms through theft and the black market.”

“Giffords’ shooter passed a background check. The Sandy Hook murderer killed his mother and stole her guns. And, in fact, every tragedy which is supposedly animating this gun control proposal involved circumstances which would make the background checks irrelevant,” GOA’s Legislative Counsel, Michael Hammond, told Townhall. “Sadly, like a dog returning to its own vomit, gun control nuts return to the same useless bromides time and again, oblivious to their efficacy.”

The National Rifle Association did not immediately respond to Townhall’s request for comment.