Gun Owners of America (GOA) is suing the Bureau of Alcohol, Tobacco, Firearms, and Explosives (ATF) for reversing itself in a way that diminishes the gun rights of Michiganders. As a result of a letter issued on March 3rd, 2020, the Bureau no longer recognizes that holders of Michigan concealed carry permits are exempt from a National Instant Check System (NICS) background check when purchasing a firearm. 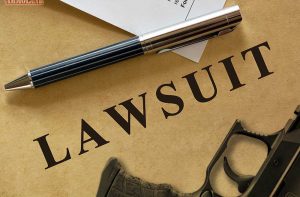 The ATF released a “Public Safety Advisory” which instructs federal firearm license holders (FFL) in Michigan to no longer accept carry permits as an alternative to a NICS check. This reversal goes against federal law which allows this exemption for permit holders.GOA’s suit maintains that the ATF’s reversal is a solution in search of a problem. According to an FOIA request that GOA sought against the ATF, the vast majority of transfers in the United States go to lawful possessors of firearms. The suit states:

Having sampled 5,249 transactions where state permits were used as NICS alternatives, ATF was able to come up with only … two persons in the entire United States who (allegedly) were wrongly issued permits and then later (allegedly) used those permits to unlawfully obtain a firearm. This hardly justifies the unauthorized action ATF has taken here, to the detriment of law-abiding gun owners across Michigan.

The suit can be read in full here