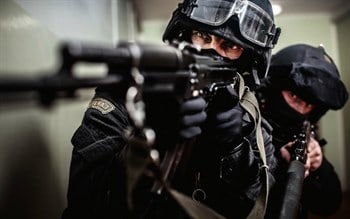 Mike Hammond, legislative counsel for Gun Owners of America, says many states are considering “red flag laws” or “extreme violence protective orders,” which allow the courts to take away firearms from a violent, or potentially violent, person on the court orders of a judge.

But the laws are better described as “gun confiscation orders,” says Hammond and GOA, which allege the courts take away a person’s firearms, and hence their 2nd Amendment right, without a court hearing.

Florida’s governor, Rick Scott, voiced support for such a law among other new gun regulations after a gunman attacked and killed 17 high school students in Parkland, Florida.

The “Violent Threat Restraining Order” in Florida permits a court to “prohibit a violent or mentally ill person from purchasing or possessing a firearm when either a family member, community welfare expert or law enforcement officer” if a court hears evidence of a threat of violence, CNN reported.

According to Hammond, however, a person can be stripped of a constitutional right without a hearing to fight the claims made against them.