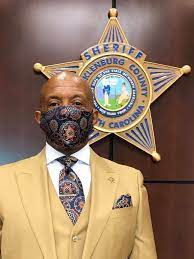 Earlier this year, the groups sued Sheriff McFadden for slow-rolling issuing of concealed handgun permits (CHP) for county residents. Under North Carolina law, the Sheriff’s Department must issue CHPs within forty-five days of receiving an applicant’s application. The applicant must include fingerprints from the Sheriff’s Department. Sheriff McFadden used this requirement to his advantage by not considering the application complete until the fingerprinting was done.

Sheriff McFadden would delay the fingerprinting appointments by up to ten months. Only then would he consider the application to be complete. This delay means that residents of the county, which includes North Carolina’s biggest city of Charlotte, could be forced to wait up to a year to receive their CHP.

The gun rights groups filed a lawsuit against Sheriff McFadden in the United States District Court for The Western District of North Carolina, Charlotte Division. Sheriff McFadden claimed that the delays in fingerprinting were due to the COVID-19 pandemic and the uptick of new gun buyers.

The groups didn’t buy the Sheriff’s excuses and asked the courts for an injunction against the Sheriff’s Office from delaying fingerprinting.

The court sided with the plaintiffs, and the Sheriff entered into a settlement with the groups and agreed to do same-day fingerprinting when the application was turned in to the Sheriff’s Department.

The plaintiffs surmise that Sheriff McFadden is using the statute to violate Mecklenburg County citizens’ gun rights that the U.S. Constitution protects. They believe that a right denied is a right delayed. The plaintiffs also think that the Sheriff is violating North Carolina state law..

For the second time in two years, the Mecklenburg County Sheriff’s office, led by Sheriff Gary McFadden, is being sued over delays in processing concealed-handgun and pistol-purchase permit applications. The second lawsuit and request for injunctive relief was filed by retired former N.C. Supreme Court and Court of Appeals Judge Bob Hunter and N.C. Attorney Ron Shook in the U.S. District Court for the Western District of N.C. on behalf of Grassroots North Carolina (GRNC) and the Gun Owners of America (GOA) organizations… 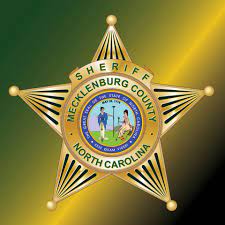 Sheriff McFadden was initially sued by GRNC and GOA in 2021 over the department’s continued delay of gun permit issuances. The result of the litigation ended with McFadden agreeing to comply with state law regarding gun permit applications.

Shook, who operates his own law practice in Gastonia, told Carolina Journal about his involvement with the case.

“I filed a lawsuit against the Mecklenburg County sheriff on behalf of Grassroots NC and Gun Owners of America last year due to his delays in issuing both purchase permits and concealed handgun permits,” he said. “That suit ended with a consent judgment whereby Sheriff McFadden agreed to abide by North Carolina law in issuing these permits. We learned of the continued delays through Grassroots NC, who continued to receive complaints of significant delays after the first lawsuit was settled.”…

In an email to CJ, Jordan Stein, the Southeast Regional Director for GOA said that the organization will continue to monitor McFadden’s handling of handgun permit delays.

“GOA will continue to hold Sheriff Garry McFadden accountable for deliberately delaying the issuance of purchase and carry permits,” said Stein. “While no other county in the Tar Heel state is experiencing similar issues, Mecklenburg County has delays for over a year. Further, with the Bruen decision on our side, we look forward to beating McFadden’s constant infringements on the rights of Mecklenburg citizens in the courts. GOA looks forward to advocating for Constitutional Carry, Pistol Purchase Permit repeal and more pro-gun reforms in the upcoming legislative session.”…

Read  more at The Carolina Journal

For the second time since 2021, gun-rights groups are taking the sheriff of one of North Carolina’s most populous counties to court over gun permit delays. 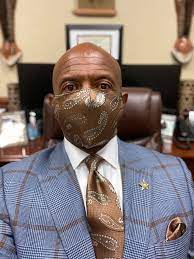 Gun Owners of America (GOA) and Grass Roots North Carolina (GRNC) filed a new suit against Mecklenburg County Sheriff Garry McFadden (D) in federal court on Monday. They accuse the sheriff’s office of exploiting mental health provisions of the state’s permitting law to intentionally delay the issuing of concealed carry permits for months at a time.

“Sheriff McFadden’s delay is wholly unnecessary, unreasonable and is an intentional act to deprive the residents of Mecklenburg County, North Carolina of their right to bear arms as guaranteed by the Second Amendment to the United States Constitution,” the complaint reads.

The lawsuit is just the latest flare-up in the conflict over gun permit issuance in urban counties across the country. Gun-rights advocates have long accused urban police departments of slow-walking the application process for gun permits–a conflict that was only exacerbated by the COVID pandemic and subsequent lockdowns. It’s a tactic that could become even more prominent in states now forced to begin issuing gun permits by the Supreme Court’s decision in New York State Rifle and Pistol Association v. Bruen, and the outcome of the new North Carolina suit could provide insight into future fights over delays.

Under North Carolina law, sheriffs must issue or deny concealed carry permits within 45 days of receiving an application. Instead, the complaint alleges that some residents of Mecklenburg County have had to wait over a year on their applications. GRNC said that none of the other 99 counties in the state have reported any delays.

The alleged delays stem from a provision in the state’s concealed carry law requiring applicants not to “suffer from a physical or mental infirmity that prevents the safe handling of a handgun.”

While the statute does not specify how sheriffs are expected to verify that criteria, the plaintiffs note that standard practice is for sheriffs to rely on NICS checks and record requests to local mental health facilities.

Unlike other sheriffs, the complaint alleges, McFadden has been sending mental health record requests to the Department of Veterans Affairs (VA) for all applicants, regardless of whether or not they served in the military. The complaint also notes that the VA is not under any obligation to disclose records in a timely fashion when requested by local sheriffs the way state agencies are, leading to indefinite delays in the permit application process.