With state legislature elections approaching next month, a new poll suggests that Virginians are focused on gun policy and that a large majority favors universal background checks and red-flag style legislation. 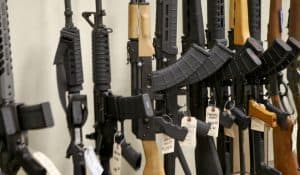 In a Washington Post-Schar School poll of 814 registered Virginia voters, 75 percent said that gun legislation is “very important” to them. Republicans and Democrats felt almost equally as strong about the issue.

However, Erich Pratt, the senior vice president of Gun Owners of America (GOA), told The Center Square via email that he questions the accuracy of this poll because it conflicts with a larger poll conducted by GOA.

“The Republican base does not support additional gun controls,” Pratt said. “While pollsters will generally build their conclusions on a few hundred respondents, Gun Owners of America surveyed more than 17,000 gun owners this year. The results showed that the Second Amendment community, which is largely the GOP base, rejects gun control: 98% said they would never vote to reelect a legislator who supports a ‘red flag’ bill; 92% would never vote to reelect someone who voted for a universal background check law.”

Pratt said that if Republicans start supporting gun control policies, it could cause their base to sit out the elections or vote third party. He said that red-flag laws do not reduce homicides and infringe on a person’s due process rights. Pratt warned that universal background checks could lead to gun registration….