The Second Amendment has been an unexpected casualty of the coronavirus pandemic in certain parts of the country as various anti-gun jurisdictions have deemed firearms manufacturers and retailers as “non-essential” businesses that have been ordered closed.

As it turns out, however, one part of the federal bureaucracy also appears to also have taken advantage of the public health crisis to limit or deny the right enshrined by the Second Amendment and guaranteed to the American people. t 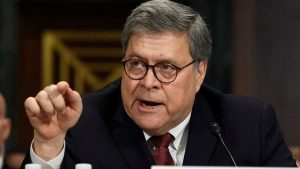 Former Georgia Rep. Bob Barr, a Republican who now serves as the president of the Law Enforcement Education Foundation in Atlanta, has alleged that the FBI has, at best, exploited a loophole in the federal laws. At worst, according to Barr, it is making up the rules as it goes to deny authorization for legal firearm purchases.

Barr’s assertion came in a commentary piece published by The Daily Caller in which he explained how the FBI appeared to be taking advantage of a certain provision within the 1998 law that created the National Instant Criminal Background Checks System, better known as NICS, that is required of all legal firearms purchases made through Federal Firearms Licensees, the official term for licensed gun dealers.

During normal operation of NICS, prospective purchasers of firearms are submitted through the system for a background check to see if they fall into any of the categories of those prohibited from possessing a firearm, a process that is typically done “instantly.”

However, there is a provision within the law that allows the FBI to place a “hold” on a purchase for up to three business days to allow sufficient time for a records check. If the FBI has failed to make a determination on the purchaser’s background after those three business days have elapsed, it falls to the discretion of the dealer whether to allow the purchase to proceed.

Where the FBI’s “skullduggery,” as Barr described it, comes into play is the fact that the “three business days” provision is tied to language defining those days as when “state offices are open,” which in normal times simply saves the FBI from being pressured to complete a check on an extended holiday weekend.

Unfortunately, during this ongoing public health crisis, every state is currently under both a state and federally declared “state of emergency” that, in theory, has state offices closed down — though in actuality, most state offices remain open, although in a limited fashion.

Nevertheless, it appears, according to Barr, that the FBI has extrapolated those emergency declarations into meaning that state offices are closed for upwards of a month, and as such has been reportedly sending out notices to dealers that the “three business days” allowed for a hold has been extended to 30 business days…

Read more at The Western Journal

Lawsuit filed against Gov. Northam to reopen Virginia’s gun ranges will be heard in Lynchburg on Friday