It’s always the same predictions of doom and bloodshed from gun-control activists. They warn us of pending disaster if Pennsylvania becomes the 22nd state to adopt so-called constitutional carry rules that would allow law-abiding adults who legally own a handgun to conceal-carry it without a permit. Thirty-four states, including Pennsylvania, already allow open carry without a permit. 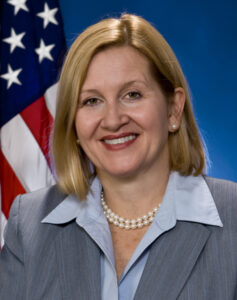 We heard the same predictions when states first adopted right-to-carry laws, which now exist in 43 states. None of the dire predictions came true after states adopted Constitutional carry. Not even one of these states has seen the need to reverse the laws. Indeed, none have even held a legislative hearing, let alone a vote, on undoing these laws.

A Constitutional carry bill passed both the Pennsylvania House and Senate with bi-partisan support. Regrettably, for law-abiding Pennsylvanians, Governor Wolf has already promised to veto it. The bill would only make two small changes to state laws, which is already a right-to-carry state. It would allow people to start carrying more quickly and for slightly less cost.

The fact remains, business and private property owners still have the right to exclude handguns. Prohibitions on carrying in sensitive places and regarding the misuse of guns are unchanged. Pennsylvanians are still required to pass a background check to buy a handgun.

The most significant change from constitutional carry is how quickly people can carry a gun if the need arises. Sheriff departments in Pennsylvania try to issue concealed handgun permits within 45 days after someone has met the requirements. If a woman is being stalked or threatened, she won’t have to wait for a license. The threat may be over well before the 45 days are met.

To make matters worse, last year police in Philly, Montgomery, Allegheny, and at least five Pennsylvania other counties stopped issuing concealed handgun permits during coronavirus outbreak. And some were still slow to issue permits at the beginning of this year.

Philadelphia also regularly revokes permits for such trivial reasons as notifications to the sheriff’s office by the permit holder that he is moving to another address in the city, parking tickets, if someone burglarizes your home, and a host of other, similar reasons.
And it will save Pennsylvanians the cost of obtaining their license. These costs matter; just compare the numbers in neighboring states, Illinois, and Indiana. In Illinois, a five-year permit costs $450, there is no license fee in Indiana. While only 4% of Illinoisans have a concealed handgun permit, 22% of adults in Indiana already have one, the second-highest number of permits per capita.

More importantly, the people who benefit from carrying are those who are the most likely victims of violent crime, overwhelmingly who live in high crime urban areas. They are also the ones who are most sensitive to all the fees required to get a permit. In Illinois, wealthy white males who live in the suburbs are overwhelmingly the ones who get permits. In Indiana, there are many more permits issued to people living in urban, heavily minority zip codes.

Gun control advocates claimed there would be blood in the streets when then-Gov. Bob Casey signed Pennsylvania’s concealed carry law in 1989. That didn’t’t happen. The fact that several dozen peer-reviewed academic studies show there’s no evidence of any uptick in gun crimes linked to concealed carry laws, and most show violent crime declines. Research also shows that murder rates fall even more when states move to Constitutional Carry laws.
When Police asked its 450,000 law enforcement members about the effects of private gun ownership, 76% of officers answered that legally armed citizens are either very or extremely important in reducing crime.

Today, there are over 21.5 million concealed handgun permit holders nationwide. Permit holders nationwide are incredibly law-abiding. Police officers are extremely rarely convicted of firearms-related violations, but it still happens at a rate twelve times more often than for permit holders. In the 19 states with comprehensive permit revocation data, the average revocation rate is one-tenth of one percent. Usually, permit revocations occur because someone moved or died or forgot to bring their permit while carrying.

Gun control advocates keep trying to take advantage of people’s fears of the unknown and claim that bad things will happen when people are allowed to defend themselves and their families. But Pennsylvanians don’t have to guess about what will happen with Constitutional carry. Twenty-one states are proof that Constitutional carry is common sense.
Read more at PennLive
Prev. Article
Next Article