The federal government collected fewer than 1,000 bump stocks during the run-up to a new ban in March, despite estimates that hundreds of thousands of the devices that mimic machine gun fire are in circulation, according to federal data provided to The Washington Times by the Justice Department. 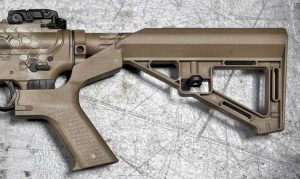 As the nation marked the second anniversary Oct. 1 of the Las Vegas massacre, which prodded the Trump administration to ban bump stocks, the numbers offer a cautionary tale on the scope and resources needed to enforce any sort of gun buyback program.

Between the issuance of the final rule banning the devices in December 2018 and April 4, 2019, shortly after the prohibition took effect in late March, 582 bump stocks were “abandoned” to the Bureau of Alcohol, Tobacco, Firearms and Explosives, according to Justice Department records, and 98 bump stocks were kept as evidence.

The Times obtained the records through a Freedom of Information Act request.

The administration cited estimates that 280,000 to 520,000 bump-stock-type devices were in circulation when it published the final rule in December.

The Justice Department has resisted releasing the number of bump stocks people have turned in to the federal government, saying it paints an incomplete picture of compliance with the ban…

Erich Pratt, senior vice president of Gun Owners of America, predicted that the compliance rate would be even worse if the government ever bans actual firearms, rather than accessories such as bump stocks.

“Trump’s ban will not garner one vote from the anti-gun left but may work to lose supporters from his base,” Mr. Pratt said. “The big danger, as we argue in our lawsuit which is now in the 6th Circuit Court, is that this ban opens the door to banning all semi-automatic rifles.”…