Activists are hopeful that the nomination of Amy Coney Barrett to the Supreme Court will lead the Court to hear more Second Amendment cases and set future precedents that expand gun rights.

The Supreme Court has ruled in just one gun case since 2008’s District of Columbia v. Heller decision, which established an individual right to keep and bear arms. The Court incorporated that right to the states in 2010’s McDonald v. City of Chicago. But it has dismissed nearly all of the gun cases since then.

Barrett’s record gives activists hope her appointment will end the Court’s reluctance to expand on or further clarify Heller. In a 2019 dissent, Barrett argued for an expanded view of Second Amendment protections. At a Hillsdale College event later that year, she noted the Supreme Court has left a lot of room for more gun litigation. In the absence of clarification from the High Court, however, federal circuit court justices are required to perform “a deep dive into founding era documents,” rather than rely on precedent.

“The Supreme Court decided District of Columbia v. Heller not that long ago and it has only taken one other Second Amendment case since then. So, there’s just not a lot of precedent out there,” she said at the event. 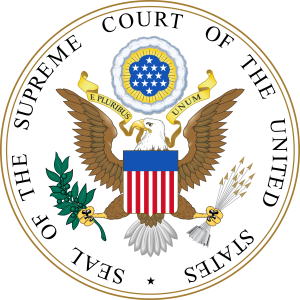 If confirmed, Barrett would become the third Supreme Court justice to take issue with the refusal to hear gun-rights cases. Justices Clarence Thomas and Brett Kavanaugh accused the Court of “looking the other way” on gun cases in a June dissent.

And as a Seventh U.S. Circuit Court of Appeals judge, Barrett has challenged gun restrictions. Barrett argued in a 2019 dissent that Heller provided “a place to start” to determine whether or not a Wisconsin man convicted of mail fraud should be barred from owning guns for the rest of his life. But she noted that since the Supreme Court decided on a handgun ban in Heller and “explicitly deferred analysis of” gun ownership by felons, “the scope of its assertion is unclear” on the issue—as well as on other Second Amendment issues…

Gun Owners of America’s Erich Pratt called her a “strong choice” who would “examine and apply the Second Amendment as written.”

“Gun owners will relish seeing a new addition to the Supreme Court who is ready to hold lower courts accountable for failing to uphold the Constitution and for refusing to follow the Heller and McDonald precedents,” Pratt said in a statement.