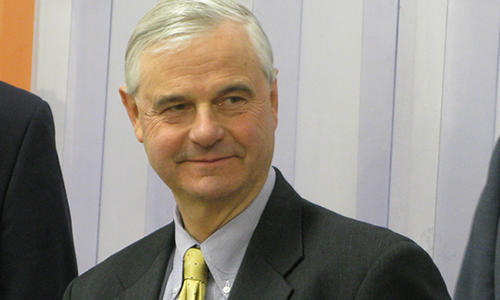 Bradley and others have tried to sugar-coat the idea by disguising gun confiscation with deceptive terms like “red-flag laws.”

But at their core, these laws revolve around an insidious and unconstitutional notion: That police, relatives, or other people should be able to suspend your Second Amendment rights without your knowledge by convening a secret star-chamber hearing in which they don’t have to demonstrate probable cause that you have committed a crime — or that there is any crime whatsoever — or that you have even committed a non-criminal “bad act.”

Rather, if Bradley’s proposal is anything like a comparable law in California, all they would have to prove is that there is “substantial evidence” that you pose a “danger.”

The first thing you would learn about this is when the SWAT team arrived at your door to ransack you house and, if you resisted, to arrest and even shoot you and your family.

And what if they didn’t have to prove that there was probable cause that you had committed a crime — but rather only that they thought you might be “dangerous” (whatever that means)?

Well, that’s exactly what Jeb Bradley is proposing with respect to the Second Amendment. In fairness, Donald “Take the Guns First” Trump flirted with the idea, but seems to have retreated from it. And the National Rifle Association is reportedly examining the question of what sorts of “Gun Confiscation Orders” might be acceptable to it.

But, frankly, it’s amazing that anyone outside of Michael Bloomberg and Gabby Giffords would think “Gun Confiscation Orders” are a good idea. And calling them “red flag laws” or “extreme violence protection orders” doesn’t change the nature of Gun Confiscation Orders: they are a suspension of the Second Amendment without due process, without probable cause, and, in fact, without any crime at all.

The several states which have enacted these laws are, in most cases, the gun-hating jurisdictions you would expect: The Left Coast, Connecticut, and the caving cowards of Tallahassee.

As in the film Minority Report, you are stripped of your fundamental constitutional rights based on the subjective possibility of a “future crime” — or, rather, a “thought crime.”

And we know from our limited experience with Gun Confiscation Orders (or somewhat analogous Temporary Restraining Orders) that many accusers lie or make mistakes; even more reach delusional conclusions; and the target is frequently an abused victim who is most in need of the wherewithal to protect herself against her abuser.

Remember the woman in New Mexico who obtained a Temporary Restraining Order (TRO) against David Letterman because he was supposedly sending her secret “code” words over the airways?

Well, if TRO’s have real due process problems, Gun Confiscation Orders are “TRO’s on steroids.”

After a fixed period of time — say, 21 days — the gun owner can ask for a court hearing to restore his or her constitutional rights. But our experience is that few gun owners have the sophistication or the $10,000 it would take to hire a lawyer and expert witnesses. None of these procedures provide an attorney or up-front legal costs. And few courts are willing to second-guess themselves and reverse the Gun Confiscation Order which has been issued.

In analogous proceedings involving veterans, new revelations suggest that fewer than one hundredths of one percent of veterans are able to invoke procedures to reverse their gun ban and get their rights back “after the fact.”

So what does it say that the Constitution can be suspended in a secret hearing with respect to Second Amendment rights? The answer is that supporters of Gun Confiscation Orders somehow think that the Second Amendment is an embarrassing second-class step-daughter to the rest of the Bill of Rights.

But, far from being a “consensus proposal,” the suspension of the Constitution in a secret hearing is a precedent from which there is no return.

So please take the following actions:

1. Click here to send your state senator an email in opposition to Gun Confiscation Orders.

P.S. Anti-gunners are pouring millions of dollars into the gun control movement. Would you consider chipping in $50, $30, or $20 to fight against Bloomberg’s billions?

[Take Action] Tell the ATF to Not Regulate Bump Stocks