[Signature Needed] The U.N. is targeting your rights

Please click on the Take Action button to sign the offical GOA petition to direct Trump to fight back against the anti-gun UN!

Your immediate action is needed.

The United Nations is trying to force America to abolish our Second Amendment rights.

This is the moment we’ve been waiting for. 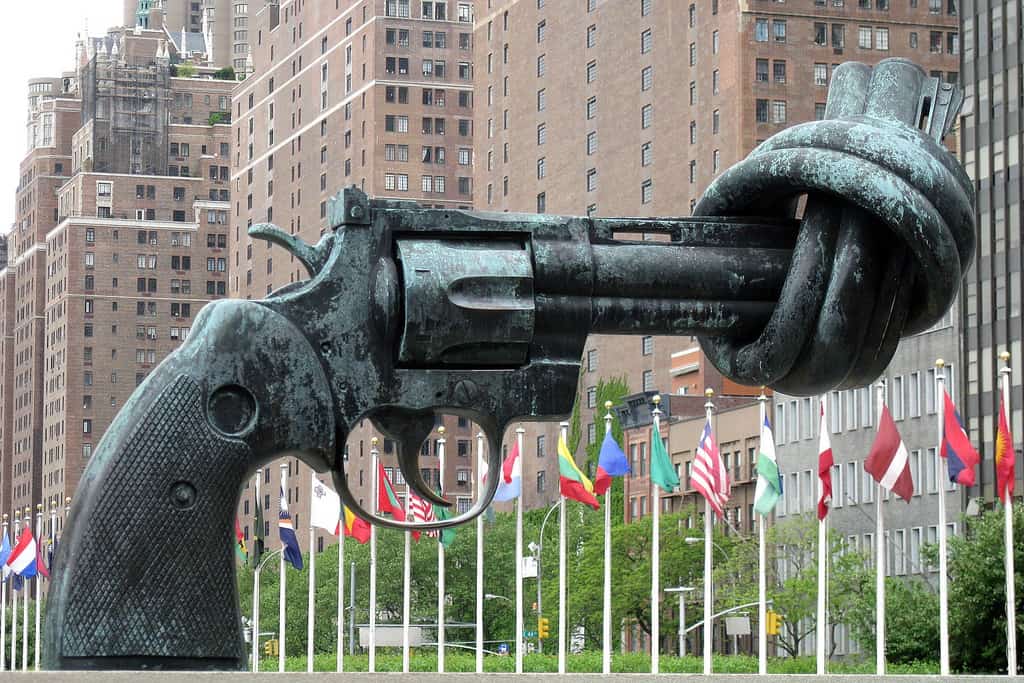 Worst of all, recent reports indicate that our own country’s delegates at the U.N. “have agreed to begin developing domestic legal frameworks that will provide for the ‘proper management of small arms and light weapons stockpiles.’”

And the Heritage Foundation is reporting that the U.N. is pushing nations to begin tracking and registering ammunition.

President Trump needs to know what these U.N. globalists are doing behind America’s back and put an end to this blasphemous agreement NOW.

Sign our official petition to direct President Trump to fight back against the globalist anti-gunners at the United Nations and put an end to this secret agreement that would surrender our Second Amendment rights.

We need President Trump to take action to stop the United Nations from controlling our country’s constitutional rights.

And we need to encourage President Trump to “unsign” the U.N. gun control treaty that Barack Obama’s administration signed in 2013.

If that Arms Trade Treaty is not repealed by President Trump, then the Senate can ratify it at any time.

We need to take action ourselves to be sure the President knows what the United Nations is up to so he can put an end to this sovereignty-killer before it’s too late.

Please sign our official petition to the President directing him to stop the United Nations’ attempts to abolish OUR Second Amendment.

Come to the Big Pro-Gun Rally in Tally!